ZURB loves flat file generators, so much infact that we created our own as a companion to the Foundation Family. Panini is a flat file compiler that uses the concepts of templates, pages, and partials—powered by the Handlebars templating language—to streamline the process of creating static prototypes. Panini comes with tons of Handlebars helpers built in, like a repeat helper or markdown parser, but in this lesson we’ll take a look at creating a custom month/year helper for an HTML email. 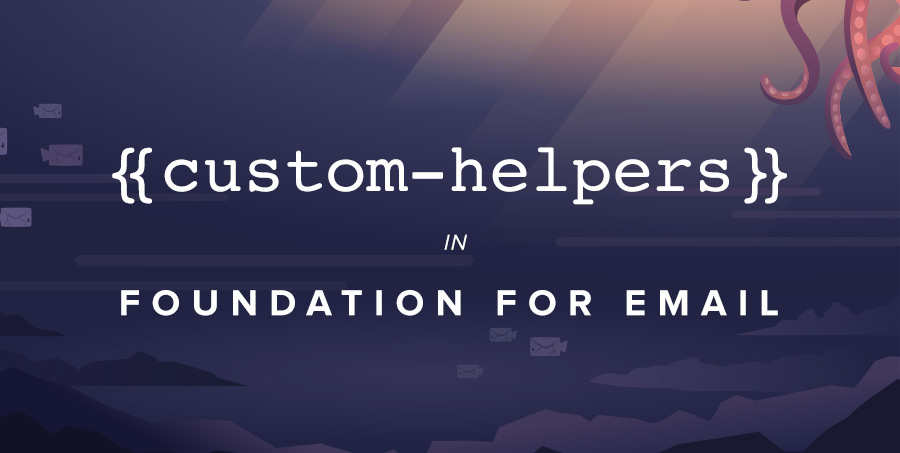 We’ll be sending a monthly newsletter to our user base and need both the header and footer of the email to include the month and year it was created. We could just type this by hand each month, but that can get tedious and may be forgotten. We’ll create a custom Handlebars helper that can be placed in the template of our email to inject the month and year into our text.

We’ll cd into our project and install dependancies

We’ll navigate to the src/helpers folder and create a new file called month-year.js

We’ll drop in some JS into our helper:

Let’s break down this code:

var month = new Date().getMonth() + 1
Gets the current date and extracts the month from it as a number. However, since the counter starts at 0, we add 1 to the number, so 1 is January, 2 is February, and so on.

var year = new Date().getFullYear()
Gets the current date and extracts a 4-digit year from it.

return month + ‘-’ + year
Finally, we return the two numbers with a hyphen between them. The plus signs let us “add” the values together, so we get something like “02-2016”

4. Add our handlebars to our templates

Now we can add our Handlebars into our header, footer or wherever else we need to print the date in our email. The name of our new Handlebar helper is the exact name of our JS file, so in this case we’ll be calling month-year as follows.

Now that you know how to produce custom Handlebars helpers we can start creating tons of custom tags to help automate more tedious features of our email creation process. You can also check out some custom handlebars templates from the Assemble team here: https://github.com/assemble/handlebars-helpers/tree/master/lib/helpers

We’ve compiled all of our knowledge and insights on responsive HTML emails in a new online video course! Master responsive email by learning how to rapidly design and develop responsive emails that are on-message and display well on just about every screen, browser, and email client out there—even Outlook.

Brandon Arnold is a Foundation mastermind. He contributed several key components of the latest version of our framework, and walks you through getting started with Foundation for Emails.