The Engineers Had a Plan All Along

Last year was pretty wild when we were setting up the Wordpress site. We wanted to come in with a plan this year for Wired, which involves a coordinated approach to setting up Wordpress’ CMS alongside the front-end code. Both the engineering team as well as the designers handling the front-end code are working simultaneously on the same codebase to build from the outside in. They’re meeting in the middle to hook up CMS interactivity in phases as the site’s look and feel develops into its final build. Both teams are working together against the clock to meet in the middle and make that magic happen for the Downtown Streets Team! 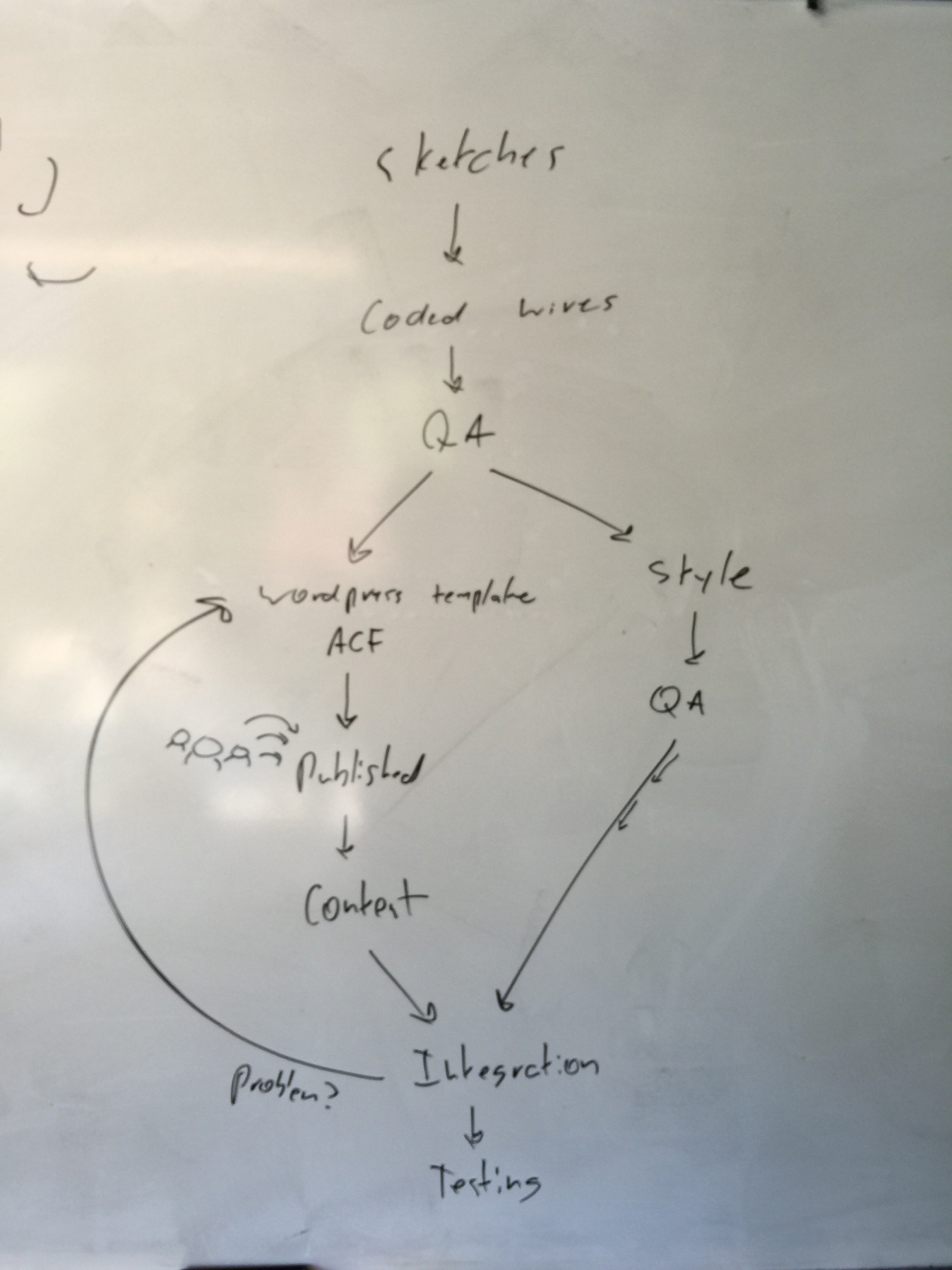 On the design side of things, we started with some simple whiteboard wireframes in an ideation session then quickly moved on to sketches to give it a clearer definition. Normally we’d be in Omnigraffle making wireframes after sketching to make a prototype and present a higher fidelity version of what we’re working towards, but… today it’s Wired. We’re working at warp speed! After creating a clickable prototype with our sketch wireframes, we were able to go straight into scaffolding out the site with code. A scaffold might look really unappealing, but it’s the best way to start since it’s only dealing with the layout. If we were to make something really polished immediately, we’d regret it later when we had to make major UI rearrangements. Biting off little pieces and upping the fidelity after each iteration is what works. 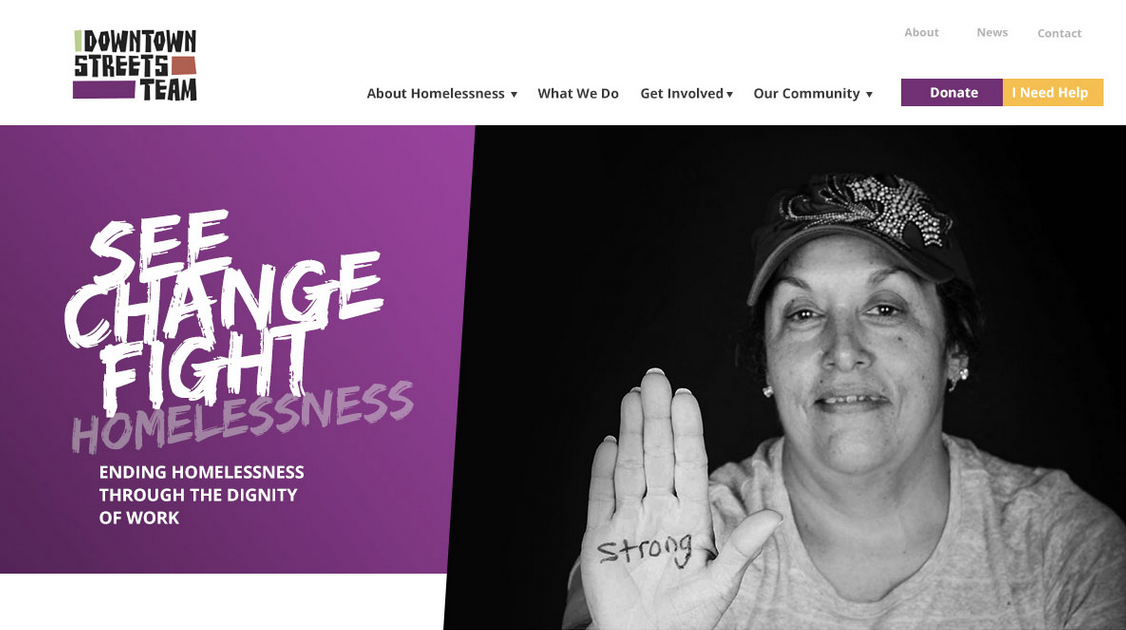 Once the scaffolded site has the correct layout, we move into skinning it. This is where the polish comes into play. We’ll do a few rounds of hi-fi mockups to check out some different possibilities for visual styles. After that it’s time to get styling in the code. The scaffold will soon be turning into a full fledged website. Also, remember the engineering team? They’re still there. Now that the site is on its way to getting styles, they’re ready to integrate those into the CMS so that Downtown Streets Team will have an easy way to alter the copy and images displaying on the site without having to go deep into code.

Check Out Our Project!