The final print materials for the Downtown Streets Team are gone off to the printers! This is always a big milestone every year during ZURB Wired. We’ve previously talked about the initial three directions and settled on “See. Change. Fight.”

We delivered on mailers, flyers, trifolds and a poster meant to capture the story of the individuals who are directly and positively impacted by the Downtown Streets Team programs. So, how did we get to these final designs? Let’s take a look back.

We started by completing an audit of the existing Downtown Streets team materials. 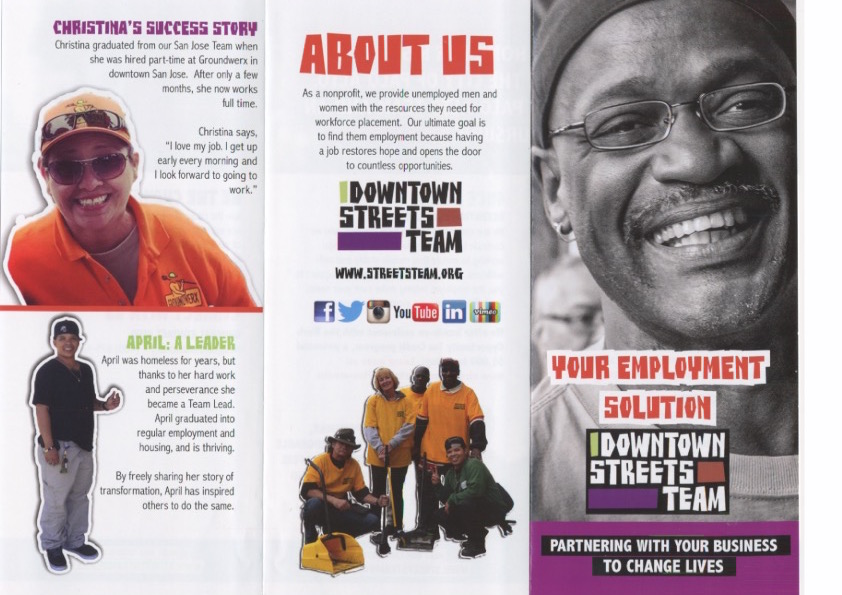 By working through an audit with the Downtown Streets team we continued to build a better understanding of the message they want to convey. The existing materials had a lot of images with drop shadows that were distracting from the overall messaging. The story was there, but the visuals needed to be toned down a little for the copy to be clearer.

After the audit we focused on a few explorations appealing to a wide range of audiences through the brochure: possible team members, donors, employers, and partners. To do this, we layered in the education, the action, and the ability to empower components. Visually, we carried over the color palette from the existing logo and brand, the gritty street and urban feel, while giving it a refreshed look. This was the first pass and there were three other competing mockups, but the style shown above was the most compelling of the set. 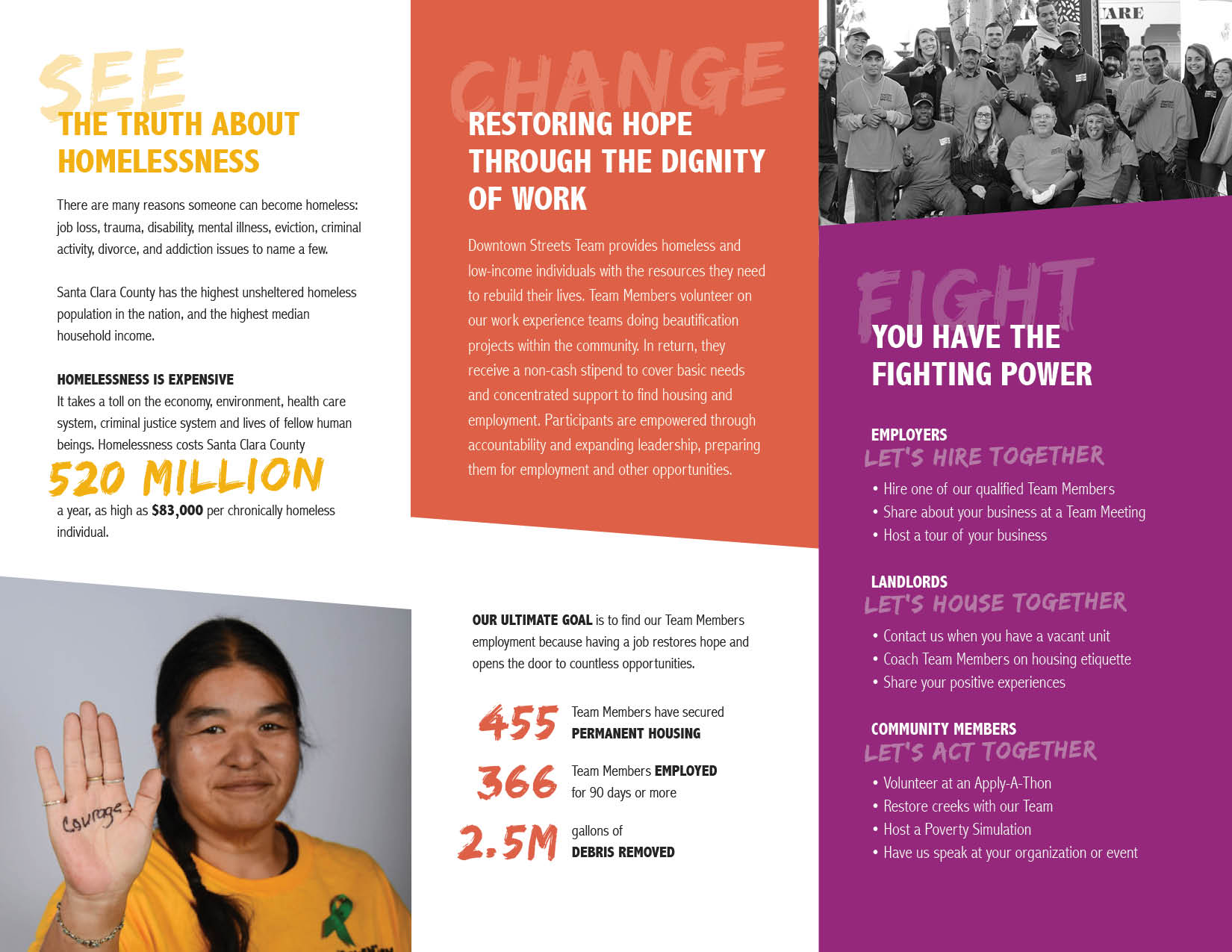 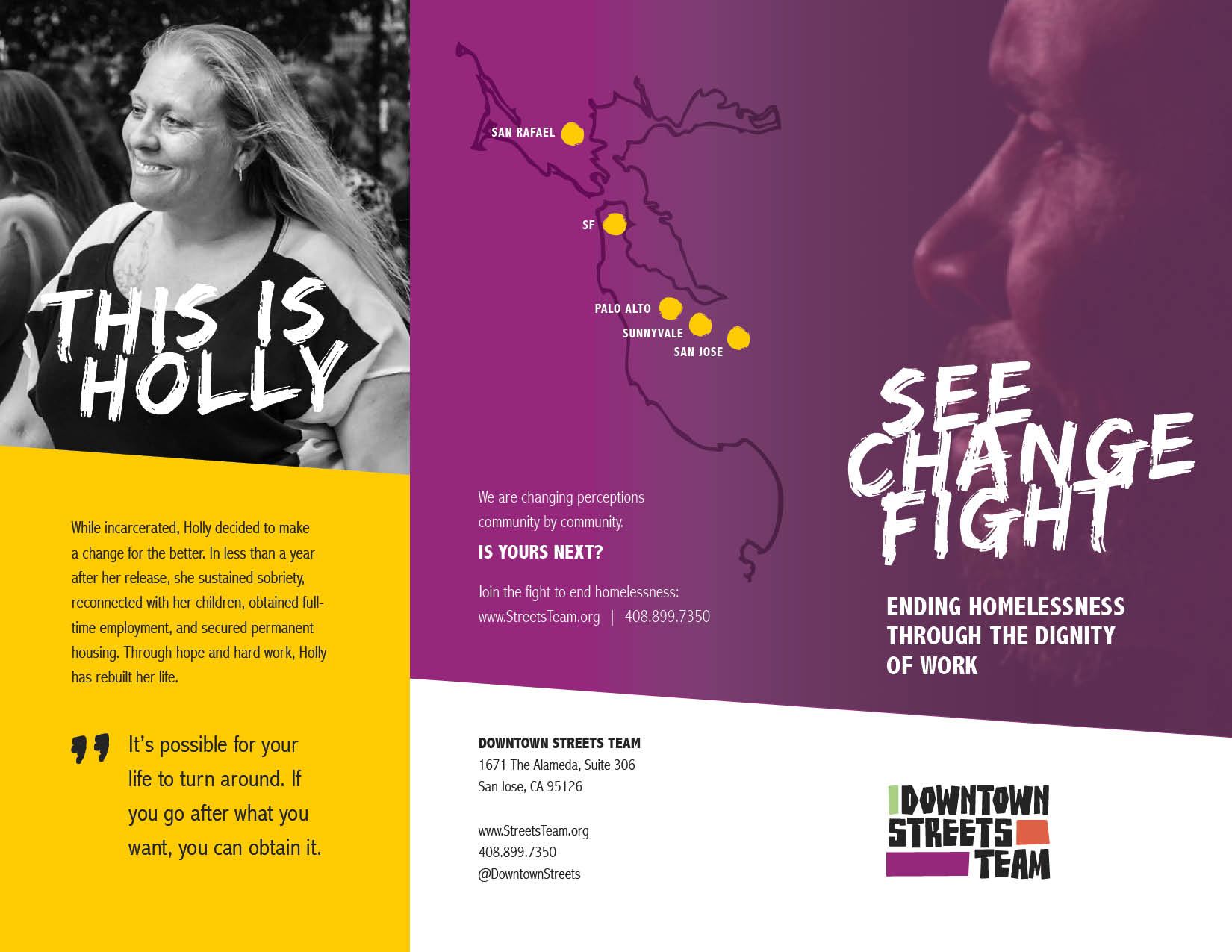 For the final iteration, we introduced a secondary color to accent the purple, highlight the quote, the team member’s story as well as the cities where Downtown Streets Team targets their efforts. The process involved a couple of iterations and an extension on the print deadline, but those guys over at Big Ink Printing and Zazzle were very forgiving and gave us a pass, took our files and are printin’ up a storm. We’re back on track to do some good with Downtown Streets Team with some fresh, new marketing materials.

Check Out Our Project!