Five Hours to Go and the Website is Coming Along

About nine or so hours ago, we were first putting the skeleton of Family Giving Tree's new website together. Here's what it looked like: 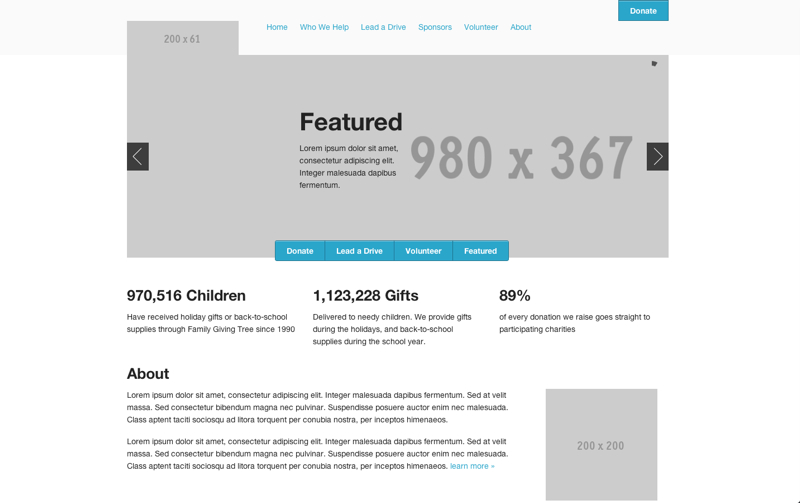 That's the homepage, by the way, the first page that vistors will see when they go to the site. But the Design Team has been cranking on the scaffolding, dressing it up and making it look pretty. Here's a sneak peek, just for you all: 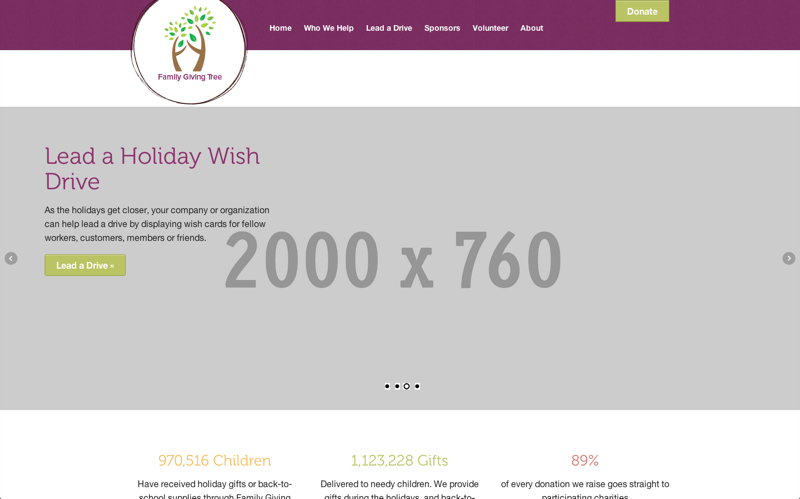 And here's what the Design Team is working toward: 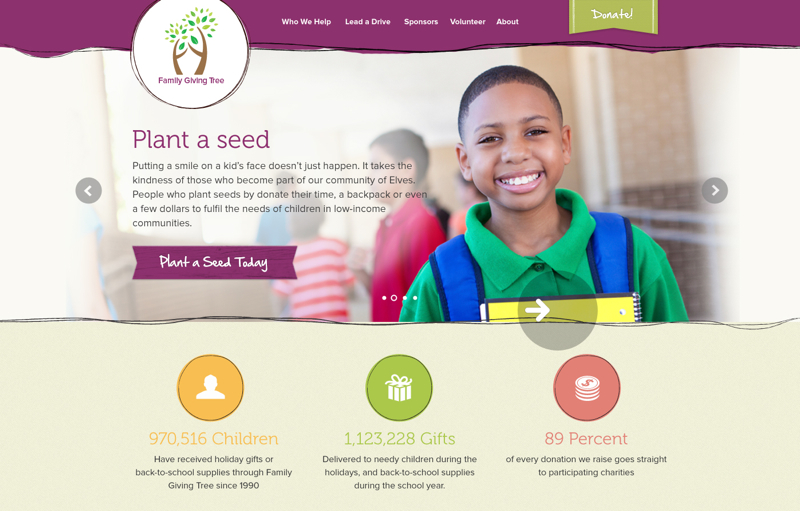 Jonathan, whose been overseeing all of the work, says it's coming together well.

We're working to integrate visual design into the scaffold that we completed earlier. We're also working through the mobile component and most likely moving into QA in about another hour and a half.

It may be a little late in the night, or early in the morning depending on how you look at it. But the designers aren't letting a little lack of sleep slow them down. As Jackie, one of our designers put it:

I crashed a little bit around 11 but now I'm getting my second wind. Also, I'm really excited for the "Soldier Boy" dance off.

Well, we'll see if that dance off happens. In any case, Caleb has tapped into his own super powers.

I feel so strong right now. I feel pretty much invincible.

All of us have tapped into our super power reserve so we can race toward the finish line.