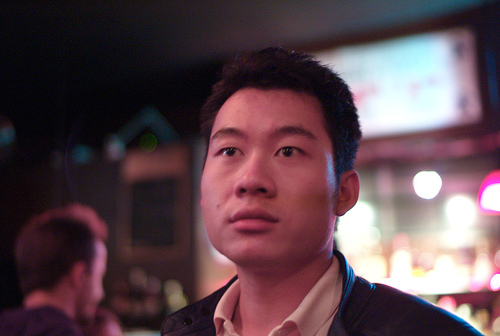 RSVP for ZURBsoapbox on February 12th

At midnight on March 19, 2007 Justin Kan attached a webcam to his cap and started streaming his life through online video via a laptop-backpack system. He decided he would stream continuous live video and audio 24 hours a day 7 days a week. Justin became a media sensation rather quickly landing his first interview at Today Show in April 2007. He went on to interview with CNET Live, ABC News Nightline, and World News Tonight throughout the rest of 2007 raising a tremendous buzz. Justin.tv now attracts more than 30 million users worldwide which produce and watch live shows, meetings, and other events. Justin will share with us:

About the company: Justin.tv is the easiest way to create and share live video. Just a laptop and a webcam lets users share what they're seeing or doing as viewers interact and respond in real-time via chat. Justin.tv's live video platform receives 30% more incoming video than YouTube each day and streams video to hundreds of thousands of viewers simultaneously. Justin mentions that live video engages an audience and inspires immediate actions such as: to follow someone on Twitter, to click a link, or to buy a product.

Lunch will be provided. We'll be streaming Justin's event live at https://www.justin.tv/zurb