What We Can Learn from 7 Complete Product Flops

We have mentioned before the famous study ChubbyBrain did where they surveyed 32 startups and determined the most common reason startups fail as the fact that they ignored their customers. We thought it would be interesting to take a walk down memory lane and see how many of complete product flops have ignored their customers. If you have some to add feel free to do so below.

Apple's first and only attempt at a games console merged with a home computer launched in 1995 and did not live to see the next year. People blame the Pippin's quick demise on stiff competition from the Sony, Nintendo and Sega consoles already on the market, but Apple has since squeezed their way in to crowded markets like the smart phone and then dominated them. What didn't work with the Pippin? As Forbes reports, Pippin had numerous problems. The Motorola processor within was already three years old at the time the console was released. The outdated technology meant that CDROM games took as long as three minutes to load. Pippin also had a 14.4k modem which took on average 10 minutes to send a message to someone in Japan. Instead of an instant chat it was more of a frustrating and painful discussion. The price was yet another factor that contributed to the demise. Pippin sold for the Japanese equivalent of $600 at a time when competitors like the N64 sold for $199.

McDonald's came up with Arch Deluxe in 1996 and marketed it as a "burger with grown-up taste." The burger was marketed as being more sophisticated and gourmet, and McDonald's invested millions of dollars in advertising it. What did they miss? The simple fact that a usual customer went to McDonald's for speed and reliability, not a gourmet meal. 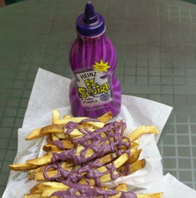 Ever wished that your condiments came in purple and green? Neither have we. Back in 2000, Heinz threw a lot of weight behind this idea and produced and marketed their EZ Squirt condiments for over 6 years. When sales flagged, they tried to give their product a boost by adding vitamin C! Nobody cared. What did Heinz miss? Food researchers have long shown that the list of least appetizing food colors includes blue, which is universally deemed unnatural and inedible. Heinz chose to ignore this research chasing a fun dream that didn't feel like food and lost!

Apple launched iPod Hi-Fi, which was pretty much an overpriced stereo with an iPod dock, in 2006. Early adopters claimed that it had great sound, but the price tag of $349 seemed too much for most consumers. Apple discontinued iPod Hi-Fi a year and a half after it's launch. People love pancakes and they also love sausage. Why not combine the two and put it on a stick? Jimmy Dean decided to launch the new creation calling it Chocolate Chip Pancake-wrapped Sausage. You could microwave the meal in under 1 minute. This rather odd breakfast meal did not have much traction with consumers who found it rather strange. The product never hit it big and disappeared from most grocery store shelves pretty soon after launch. 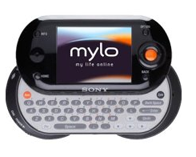 In 2006, Sony launched a handheld all-in-one media device called Mylo. With it, you could browse the web, make phone calls and watch videos on the go. It was a great idea, but Sony didn't have a good distribution deal lined up for the product, so stores like Best Buy didn't carry the device. Sony desperately tried to improve it and released a design refresh in 2009. Still, nobody bought Sony Mylo causing the company to shut down the project completely. The demise in this case had to do with poor execution of their strategy.

Back in 2007, Palm's Jeff Hawkins announced the Palm Foleo as a subnotebook computer which could synchronize with smart phones so that business travelers could work on documents and emails seamlessly on their phones and laptops. It seemed like a great idea. What went wrong? As Jakob Nielsen reported, the size and bulkiness of the Foleo were the main factors. At 2.5 pounds, 1 inch thick, 11 inches wide and 6 inches tall, the Foleo was stuck somewhere between a PDA and a notebook in it's power and size. It was just too big and fat for a mobile device. As Nielsen put it: "At that size, you might as well buy a small laptop, which would run all the software you are already used to. For example Sony's Vaio TZ90 is 10% lighter and thinner than the Foleo."