Twitter Co-Founder Evan Williams: It's Not Hard to Make Money on the Internet

We had a lot of fun last Friday when Evan Williams, co-founder and former CEO of Twitter, dropped by ZURB HQ for his soapbox, which you can listen to here. Our offices in Campbell were jammed packed with people. It was standing room only as Ev, as he's known to his friends and colleagues, gave us the scoop on his latest venture Medium. But what really stuck out was when he talked about making money on the internet. 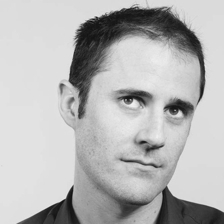 He addressed that specific issue when an audience member asked about Medium and how it compares to Quora. Here's what Ev said:

Show Me the Money

No doubt Ev is speaking from experience. However, it raises an interesting question when it comes to the internet and mobile devices. As mobile internet usage continues to grow, how easy will it be to make money on the internet, especially for social media sites like Twitter and Facebook?

Facebook's an interesting case in point. The pressure is on since their IPO sank. The New York Times reports that Facebook's sponsored stories are generating $1 million a day. The problem, however, is how to generate ad revenue on mobile devices, especially since mobile devices don't support Adobe Flash — the common way used to animate ads online, the Times points out. And we all know that Flash is dead when it comes to mobile.

On the flip side of the coin, all eyes are also on Twitter as to how it's going to generate revenue, especially on mobile. Many are chiming in to as to how our favorite 140-character social media network can churn a profit: some say Twitter should be more aggressive with its ads, others say they should start charging for a service.

With users turning more and more to mobile for their internet needs, it seems crucial to figure out a viable way to generate revenue through mobile. Of course, there's other ways to make money on the internet that doesn't involve ad revenue, such as charging for a service that customers need. But it will be interesting to see how companies adjust their strategies in the coming months as mobile internet usage leaves desktop usage in the dust.

But what do you think, how easy is it to make money off the Internet? Let us know in the comments below.