Brace yourself for the truth: product designers are not born with the gift of design. Many — scratch that — all design skills can be learned by any willing individual. It's a certain combination of personality traits, not the skills, that make certain people better suited for solving problems through design. Just like being a nurturer makes people likely to pursue nursing or gardening, and being a firefighter or an entrepreneur means being open to uncertainty and risk.

Can we identify with certainty what makes some designers so good at their job? We think so, yes. Because when we look at the designers we admire, these six personality traits surface: ambition, empathy, non-linear thinking, pattern recognition, meticulousness, and tenacity. 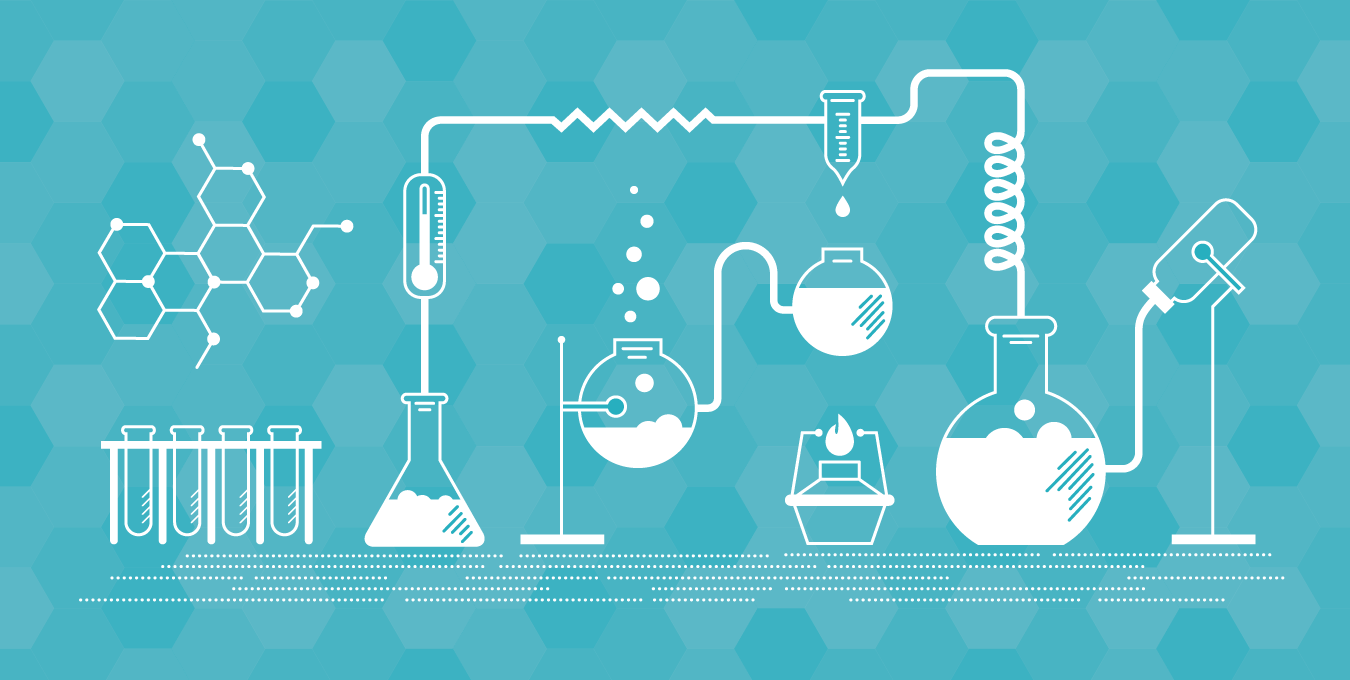 It's why designers notice bad kerning, analyze how remotes feel in their hand, and see almost non-existent flaws in furniture. They just believe they can do it better!

Ambition is a blessing and a curse. It makes a designer's mind work up solutions to problems others don't pay attention to — like a funky door handle — and it's also what makes them optimistic about the power of design.

Ambition drives designers to innovate, to seek the magical convergence of logic and creativity — a true aha moment, a simple solution to a complex problem. If a designer didn't want to solve the problem better than the next guy, he'd settle for a solution that's just OK. So he has to be ambitious and set almost unreasonable goals, believing that he'll get to an awesome answer.

Take, for instance, our responsive framework, Foundation. We didn't launch Foundation hoping to be just another framework. Our ambitions were set on making it THE most advanced framework in the world, and nothing less. With this lofty goal, we had our work cut out for us, and the sentiment still drives designers who work on it every day. 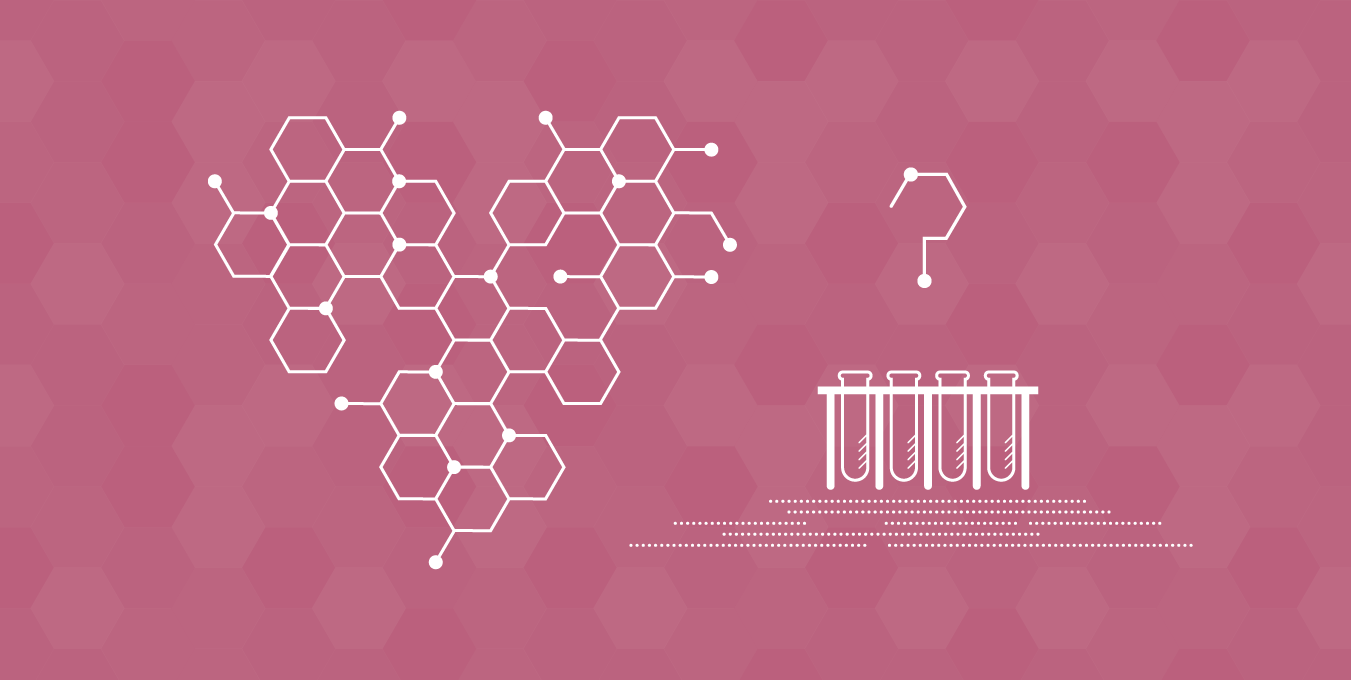 Assuming that customers will follow the intended workflow in a cold series of clicks is a missed opportunity to connect with them on a gut level. Being empathetic is a trait designers rely on to make essential user experience decisions early in the discovery phase as much as later on in user testing. They are open to human experiences because they know that their assumptions can — and will — be wrong. They have the humility to admit that they don't have all the answers. And they listen. They really listen to others' input before coming up with possible solutions to a problem.

Knowledge of psychology helps designers understand why users struggle with a product and how they can address their needs. Early on in projects, this puts us in the users' shoes and allows us to map out user journeys through the product, including what they feel at every step — the highs and the lows. For example, designers might identify why an e-shopper is likely to get excited about a product, then question their purchase intent and abandon their cart. Designers then can employ psychological motivators to keep them engaged and excited about the buy. 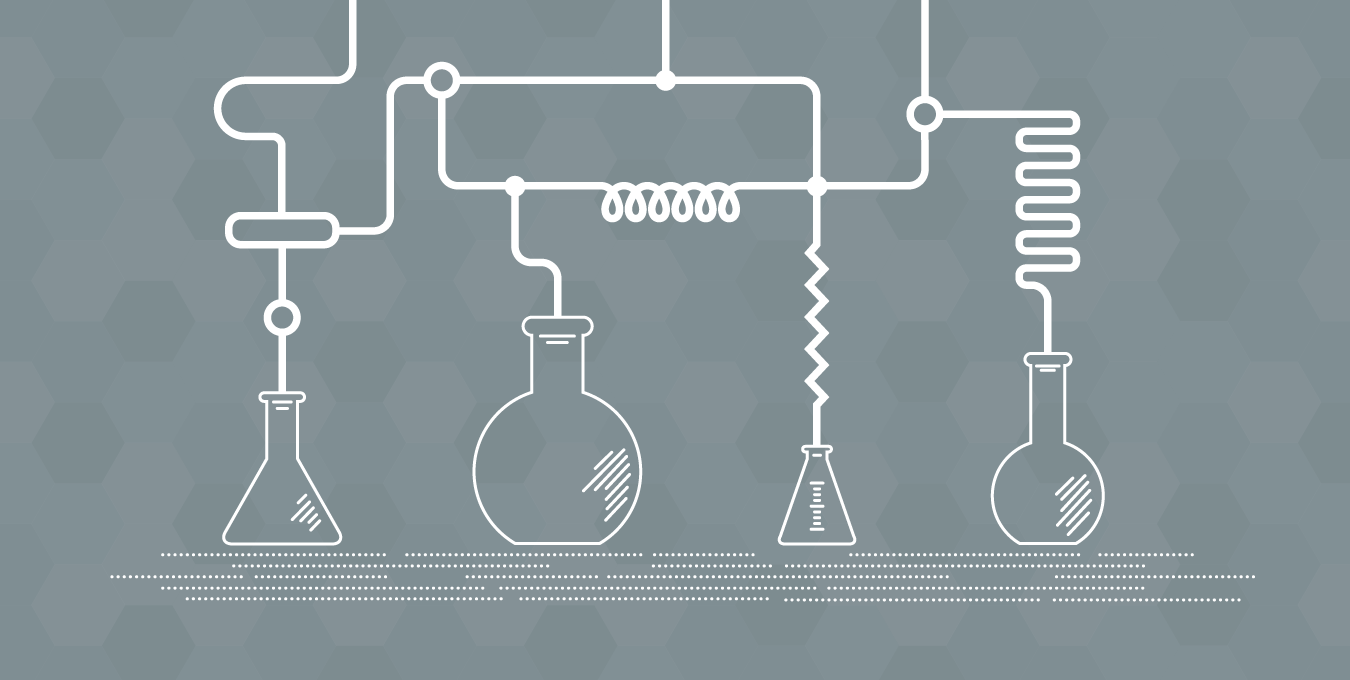 To continue innovating (see Ambition), designers come at problems from unexpected angles, then rationalize their way back to a sound concept. Their ideas may not make sense on the surface. But through the process of sensemaking and abductive thinking they're able to compose a storyline that gets others excited to be part of the solution.

Storytelling is a practiced skill that makes non-linear thinking powerful. Being able to capture an audience with an inspiring story is one of the most compelling tricks in a designer's hat.

They have a unique way of looking at the world, and they share their special vision through powerful stories that pluck at our heartstrings and stimulate our thinking and our emotions in ways that literally no one else can.

Forbes on What It Takes to Be Inspiring

Our project for McAfee's Privacy Policy microsite comes to mind here. The wild idea of a Privacy Ninja almost didn't make it into our presentation. But the McAfee team got so excited about it that we were able to create a full concept around the spark. The concept is still strong on the McAfee Privacy & Security team, who proudly wear the Ninja on their tees. 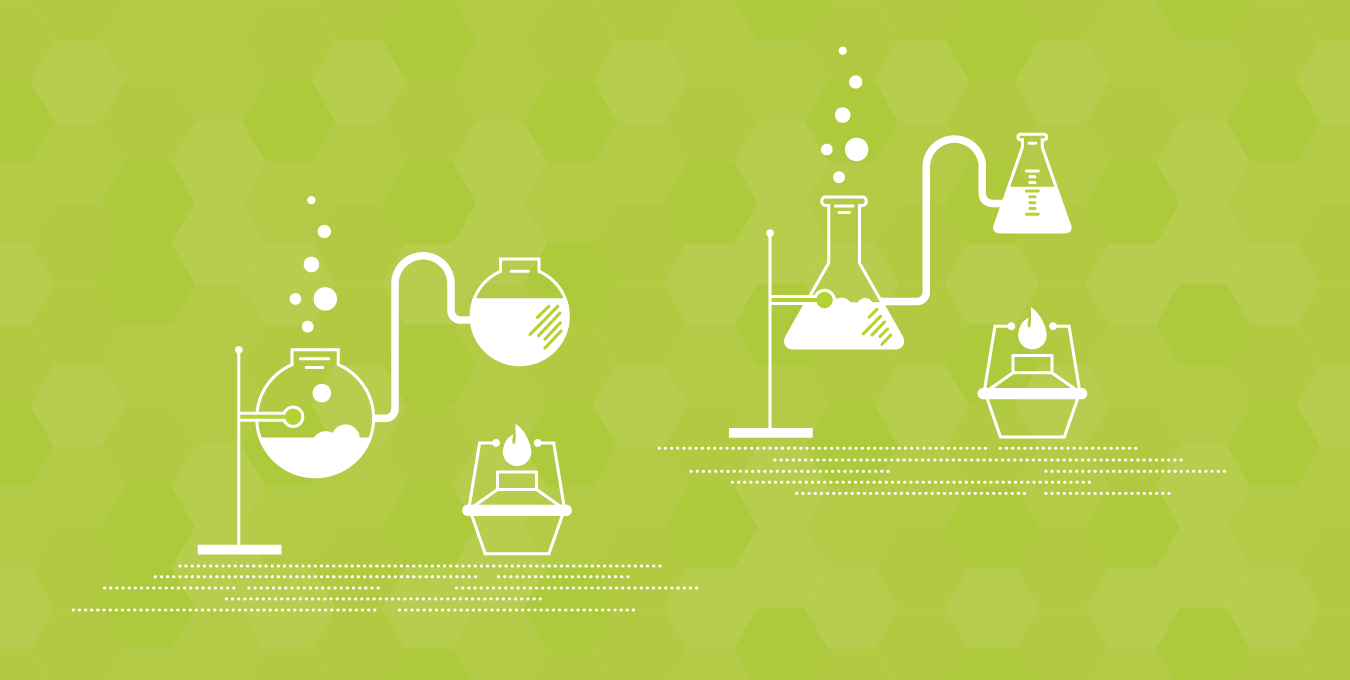 Smart, pragmatic designers design systems for solving existing and new problems. And they start with information design — finding patterns in seemingly disparate parts of a product. They define taxonomies and content architectures, which help them be efficient in wireframing and interaction design.

To shape stories and ideas into products, designers must identify elements that make up the solution as a system of patterns, not independent pieces. It's more Lego than jigsaw. One-off solutions aren't helpful because they don't prepare teams to solve new problems that arise as the product evolves.

Designers who see patterns in interfaces they design are able to produce more work in shorter timeframes simply because they look for ways to simplify the pattern set to a minimum. An efficient designer will find ways to reuse patterns, which then speeds up development later on. For example, a product gallery page becomes the team page, a product details page becomes the CEO's bio, and so on. 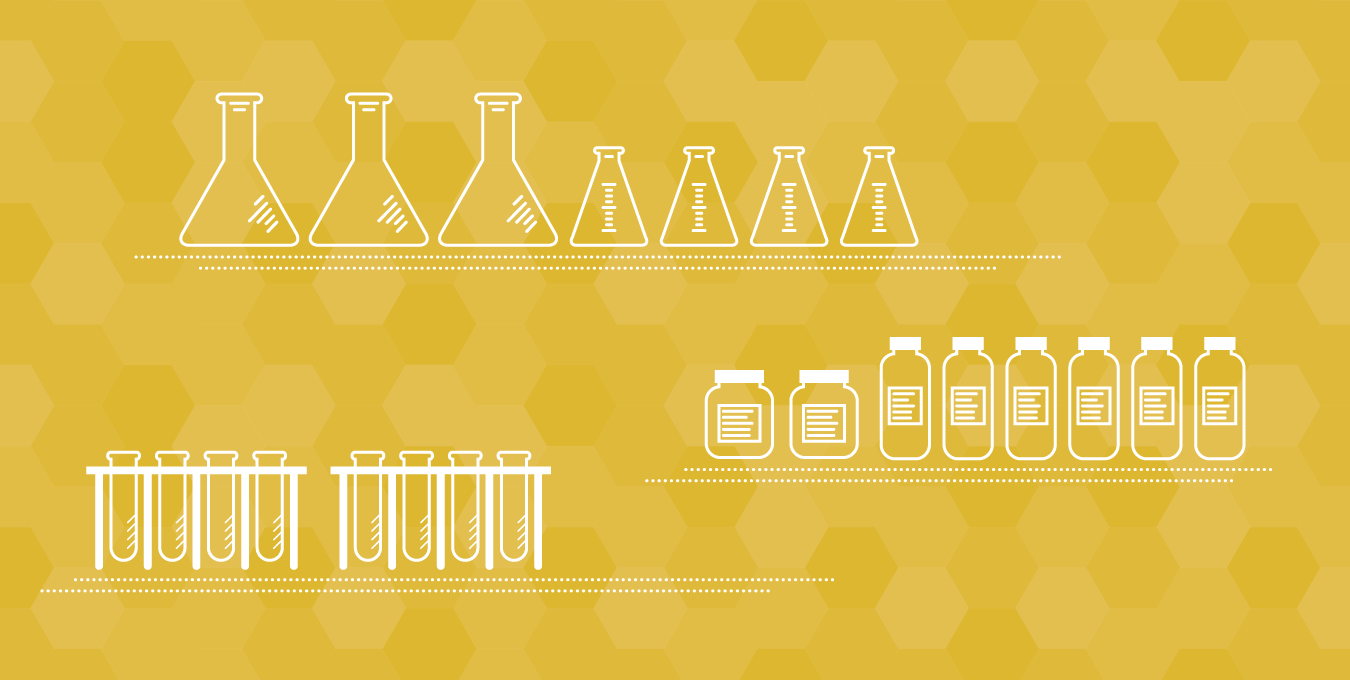 Just being able to come up with answers isn't enough in design. Part of having an awesome answer is its completeness. Meticulous designers are thorough in the way they solve problems. And it runs through all applications of design skills. In prototyping, it's fleshing out complete workflows. No gaps, no holes, no missing interaction states or forgotten edge cases. In visual design, it's anticipating how one design decision affects another and plain ol' good graphic design skills — kerning and all. In code, it's practicing to write clean code and thoroughly testing it in QA.

One might think that being detail-oriented is the obvious trait in a great designer. But being thorough is part personality, part learned work ethic. Those who take great pride in their work, are likely to notice the small details — be it proper code indentation or vertical rhythm in a visual composition. But in certain cases, nitpicking prevents products from getting shipped. Great designers know that pixels can always we tweaked, and it takes restraint to know when the tweaks are just not worth it. 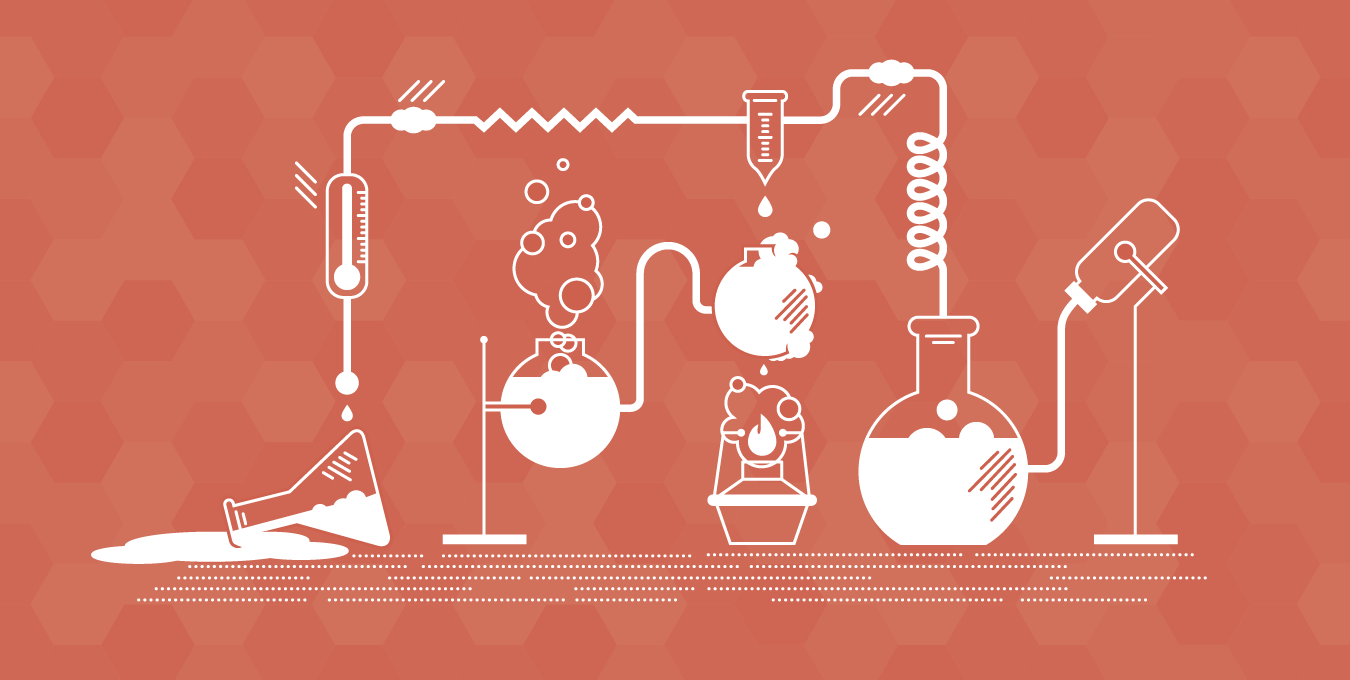 Designers don't always have the right answer (see Empathy). Everyone hates to be wrong. Designers don't let their failures stop them from pushing forward. When their work is torn to pieces in a client meeting, or their code falls apart on a tablet, designers must be able to pick themselves up and tackle the problem again. And again. Until it's solved.

We can argue that tenacity is the most important trait for a great designer. And if they're ambitious, they'll be willing to go to great lengths and endure many trials for the chance at greatness.

When we look at the product designers who inspire us — the ones we want to work with — they embody these six traits. Their ambition drives their passion. They know when to keep pushing and when to stop. They're good at thinking through problems. They also practice the skills and methods of product design that make them damn good technicians.

Every designer has particular strengths that make them unique. Consider it a Litmus Test for a designer's success. Ultimately, for a product designer to be successful, they need to be able to utilize these traits at the right time in a system that embraces their strengths.

No, designers aren't magical creatures. They're passionate people who use their personality traits to help them practice creativity and logic and solve really tough problems through design.