Perks don't create loyalty and those things don't get people invested. When we talk about perks, we're talking about stuff. You know: the pool tables, the cell phone, the fridge full of beer. But those are "benefits," not culture.

And that's exactly what dozens of articles focus on when it comes to culture — the stuff, the nice-to-haves, such as an inspired workspace and healthy food options. But focusing on perks might not keep your workers from fleeing for greener pastures. Take a look at Google. The search engine giant has one of the best perks in the Valley hands-down but one of the highest turnover rates with the average employing sticking around for a little over a year, even with pay in the six figures. Google isn't the only one. The average stay at any job is nine months, according to a Payscale survey. Even Amazon employees bolt after a year. Although a few have called shenanigans on Payscale's methodologies, saying it's focused more on tenure than actual turnover. But whatever it is, folks are leaving the building.

Is it just a symptom of the current generation of workers? Where people don't necessarily commit, where a date (or new job) is a swipe away? Possibly. Another study shows that the current Silicon Valley workforce is committed, working long hours. But they remain independent, and the name of the company isn't all that important. And 57% of those surveyed say they constantly receive offers to work elsewhere.

So perks may not be what keep someone around. Even if those jobs perpetuate a culture of distractions, where it attracts talent solely by showering things upon them. Yet then why aren't those people staying long? And are those cultures really creating value when the next big thing is a recruitment call or LinkedIn mail away?

Values is Culture, Not Things

Building core values and core purpose can have lasting effects. Let's take a step back. What are values? Values are company expectations of how you want the company to be, or better yet how your team interacts with customers and each other, which then need to become socialized within your culture. They set the bar as a baseline that spells out everyone's roles within the organization.

We're not talking about motivational poster stuff here. We're talking about things that matter to an organization. Twilio avoids putting its values — the Nine Things — on the wall because it needs to be articulated. As Jeff Lawson told us at his Soapbox:

A value that works for Twilio is "Draw the Owl." It breaks down to this:

The value creates a culture of doers, not sayers, where everyday an employee has to figure it out because there's no instruction book. And it's something that's engrained and discussed at Twilio. That's what we define as a value here.

Values become the building block of your culture, as our friend Moz's Rand Fishkin told us by email. Moz's values informs who they fire and who they hire, and how they go about their day-to-day business. At Moz, they have what they call TAGFEE:

So how does Moz get their values to stick? Rand says:

Thankfully, at this point, they've become part of how everyone at the company communicates, though building that up was no small challenge. We want TAGFEE to infuse our decision making around everything, so it's the (often spoken, but sometimes unspoken) criteria in any meeting or discussion. Over time, we've had to prove this again and again by doing TAGFEE things when they're hardest and when sliding on them would be the easy or more profitable thing to do.

Which goes to show that values have to apply to everyone in an organization, no matter their role. No matter the type of business your company's values need to apply to the whole team. You help create accountability and people feel more connected when the company is inclusive. You don't want to create a "that doesn't apply to me" situation. Those values are there to help you be successful at your job. Or how you'll be successful at your jobs. Your company values literally could be your company's "commandments" — thou shalt be open-minded. And like the commandments, these give you a pretty good idea of how to be at your new company.

They have to be specific so they can be applied, like "Be a Coach" or "Build on Opportunity" or "Draw the Owl." They have to be specific enough to get the point across and vague enough to apply them to any situation. If not specific enough, it may be hard for someone to enact. If they lack in clarity your team won't be able to apply them you their work. They'll do it 'their way' which may or may not align with the company, and even the best intentions can have negative effects to the team. 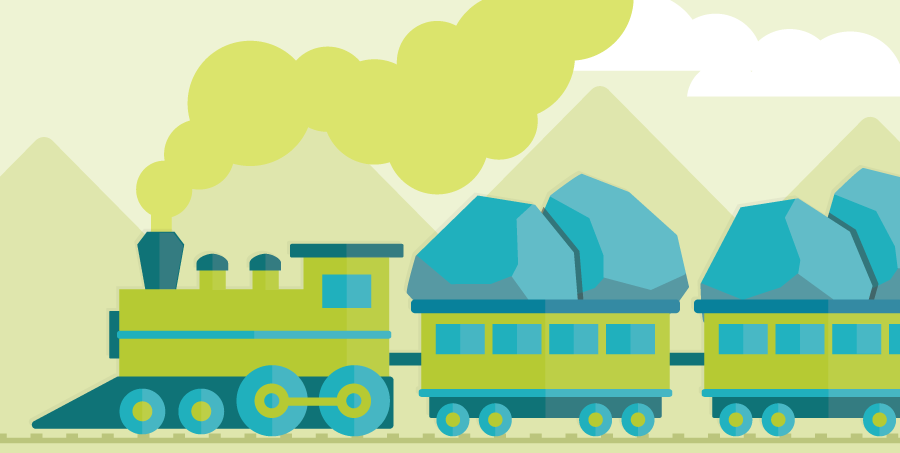 Both values and leadership are very much tied together. Values only work if there's leadership to support it and carry the weight. As Rand puts it in a previous article he wrote on this very subject:

If you're trying to figure out what a company's values really are, look at the decisions management makes when lots of money, risk, or loss of face for executives is at odds with the stated values.

In other words, Rand is saying that actions speak louder than words. That is why leadership must agree to the values then apply them daily. There has to be 100% investment by the leadership team. They have to be on the same page. But it's an ongoing dialogue. You have to have a back-and-forth on these values. Not saying that the values should be constantly changing, they shouldn't. If revisions need to be made have the conversation and everyone needs to agree.

Building off what Rand said about actions speaking louder than words, leaders have to build trust through practicing and living a company's values. Living the values instead of paying lip service will help build trust because you'll make a connection with the team. And leaders need to get involved with the team on a "professionally personal" level. They need to be empathic in terms of understanding how a team makes decisions. That means talking problems out, asking questions and when possible using real stories from your past that were similar and what you did to overcome those problems.

If there's no trust, you can't share values. If your leaders are unable to show their vulnerability to the team, then they won't have the team's trust. If employees are unable to connect with their leaders, it's likely they'll leave soon after.

A leader's past behaviors, along with capabilities, goes a long way to building trust. If past behavior goes against the grain of a company's values, trust won't be built. If a leader can't practice or live the values, they don't fit in the organization. Plain and simple. Eventually it will become a bad fit. You can only fake it so long with core values. And depending on your teams size the wake left from poor leadership could really negatively effect your team.

This is even more magnified when you have a culture based only on things. You can't cover up poor leadership with stuff. Bad leadership IS bad leadership, just with a pool table.

The Contrarian of Values 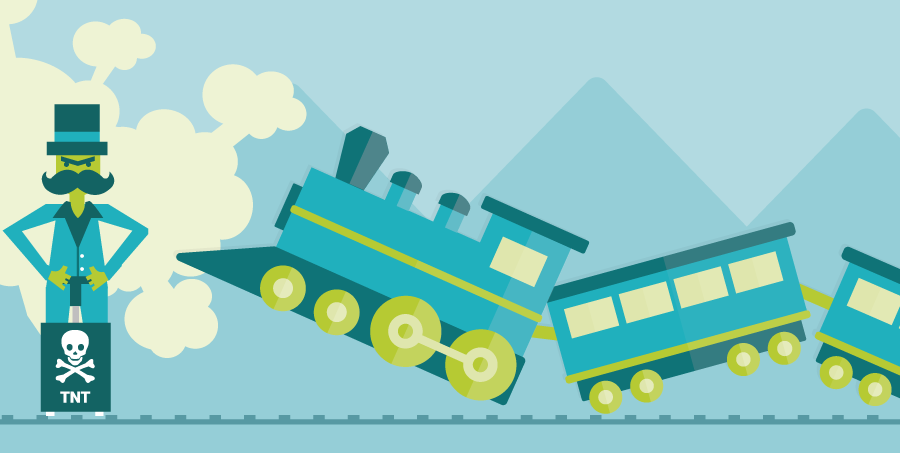 The worst thing a company can have is a leader "contrarian of values." That poisons the well, and the team doesn't know who to follow. A contrarian works against the organization, either knowingly or unknowingly. Depending how much influence this person has in a team, the contrarian can quickly undo a team dynamic. This person is an opportunistic predator who will pray on the benign frustrations of your team. They want to feel "right" in their thinking and will want to attract people to their way of thinking.

A contrarian can create a toxic environment. It can damage your team depending on how strong your culture is and the overall long-term satisfaction of your employees. Weaker team dynamics will fall victim to these ideas. Even if the toxicity is removed, those seeds are planted. This is another reason strong culture and leadership is really vital to a healthy team.

An organization has to compensate before the negativity happens. Setting company expectations early and having leadership accountability is a great start. Ideally your team is healthy and is able to see that the contrarian is not contributing to their growth/experience and is, in fact, taking away from it.

Values You Can Build On 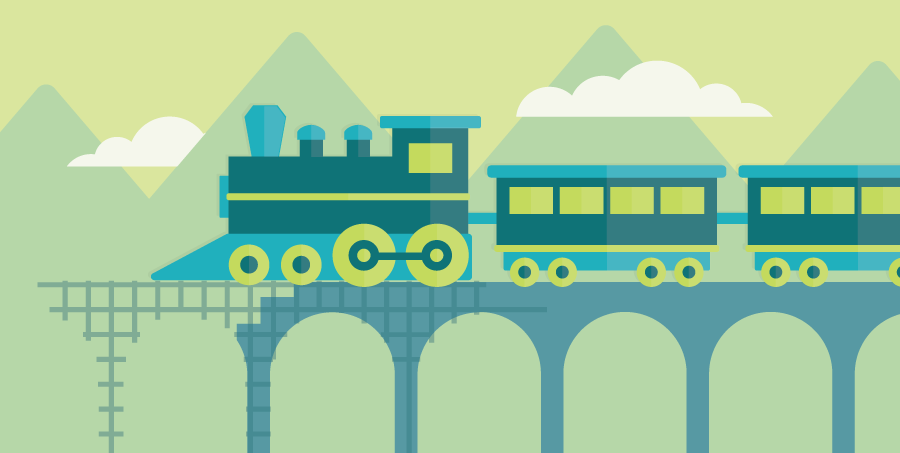 The company culture should be built from the values. They are the foundation. It would be challenging to "roll out" values like an afterthought because that's how the leadership and then the team would view them. And if they aren't working, look to your leadership. Are they "living" your company values and spreading them throughout your teams? How important is it to you? If there is a breakdown in leadership, then look to yourself too. And if the values don't work, it's either training opportunity or it isn't a good fit. You have to be prepared to handle both. In the end, your culture is what you make of it and your values are the first step in defining it.

We want to thank Rand Fishkin for his insights on this post!