Slay the Feature Creep Before It Eats Your Product Aliiiive!

Product teams competing on features are racing to the bottom. The design process and the design feedback loop are crucial to a successful product, and this feedback isn't just important on fleshed out prototypes, but for initial rough ideas as well.

We talked about PRDs and the unnecessary constraints that an archaic document will place on the team and how that hinders innovation. Here, we will look at the situation from the opposite point of view — what kind of product will result from an uninhibited flow of ideas?

The Engine of Design Thinking

You'll hear us talk about this a lot. This is design thinking. Designers cannot succeed without a feedback loop made up of design work, feedback, and iteration. At the center of this is the design work, which is not important in itself, but it is a way to solicit feedback and get the conversation started. Feedback is the conversation that is triggered by design work. This feedback can come from customers and stakeholders, and it will drive iteration.

At ZURB we think of each product release — and client project — as an iteration, and each iteration is composed of smaller feedback loops throughout the project. This philosophy works great when the team keeps the bigger picture in mind, while soliciting feedback from each other, as well as customers, on a regular basis to drive progress.

Wouldn't It Be Cool If …

It's tough to keep brainstorming sessions productive. Designers will get excited about the implementing the latest trends, developers will want to tinker with newfangled tech, and product managers will want integration up the wazoo. When the main rule of brainstorming is that there are no bad ideas, keeping these meetings productive becomes a challenge.

It might seem innovative to hop on the latest bandwagon — flat design, skeuomorphism, skeuominimalism, meteor.js, space.js, doge.js. Teams love to jump on trendy bandwagons because they're fun. Everyone talks about these trends so it feels like you're part of the community when trying these things out. The reality is that trends are a distraction. When the team is more excited about trying out new technologies than solving customer problems, you have an apathy problem.

Find Your Zag by Building Less

In Marty Neumeier's book, Zag, he talks about finding your Zag while others Zig in a cluttered market. The productivity app market is one of the most cluttered right now. There's a slew of to-do and project management apps pretty much all offering the same thing, albeit with different UI designs and interactions. While a lot of the apps are inundated with features, most of those features are no more beneficial than what you can get from a pencil and paper.

Contrast this with bookmarking service Pinboard. Pinboard was launched when Delicious was sold to Yahoo! and was quick to provide a service that customers needed the most — a way to transfer bookmarks over from Delicious to Pinboard. There isn't much else to Pinboard other than the essential features, and one killer selling point — Maciej Ceglowski, the app's creator, lists his response to support request as a primary advantage of using the app.

I wrote Pinboard in the spring of 2009 as a personal project, partly out of frustration with a redesign of Delicious that I felt removed a lot of utility from the site, and partly because I had long wanted to have a bookmarking site that would archive my bookmarks.

It also doesn't hurt that the app's Twitter account is often hilarious, giving customers even more of a reason to stick around.

There Be Creeps Here! 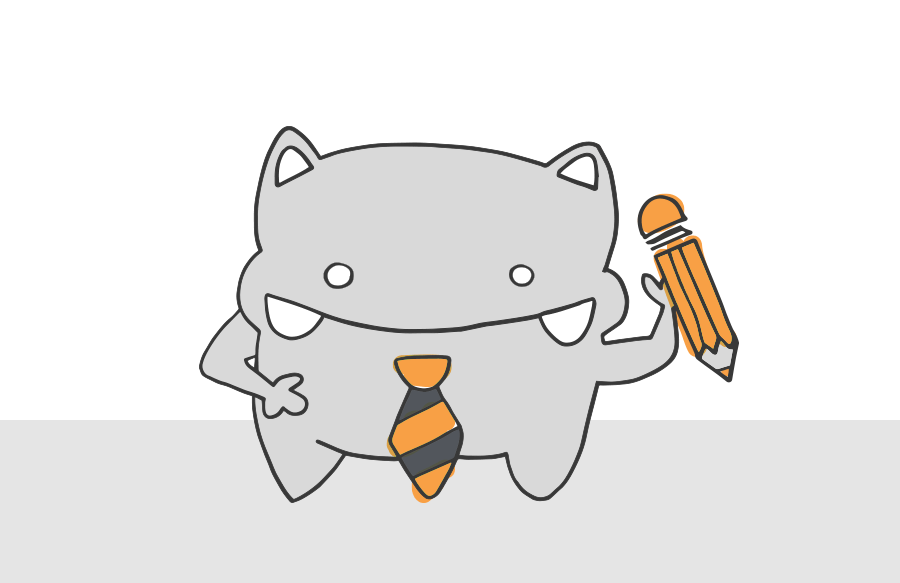 No fair, you say, this dude is running the app all by himself. There isn't an entire team of people each trying to do different things. Sure, Feature Creep is more likely to appear when everyone wants to jump on their bandwagon of choice, and everyone else is too afraid/doesn't care enough to just say No. The Feature Creep is a strange creature. It appears friendly at first — in fact, it'll fool you into believing it has the answers to all your problems! It'll start off slow, convincing you that if your product isn't running on backbonejsonrails8 it will fail miserably, and ending with a giant monstrosity that communicates a faint hint of the problem-solving product it might have been.

Break out the sticky notes!

We often hear that there are no bad ideas in brainstorming. This helps people come up with ideas without fear of judgement. Problems happen when that same mentality is maintained further along in the product's life. Giving critical feedback is hard, and that's why it's important to make sure people are receptive to feedback.

Feedback will allow you and your team to properly collect and filter ideas. One of the ways we do this at ZURB is we collect the feedback in little quips on sticky notes. We then organize those notes on a whiteboard to create a funnel of ideas. You do need to get a large volume of ideas to start with, so don't start naysaying too early! 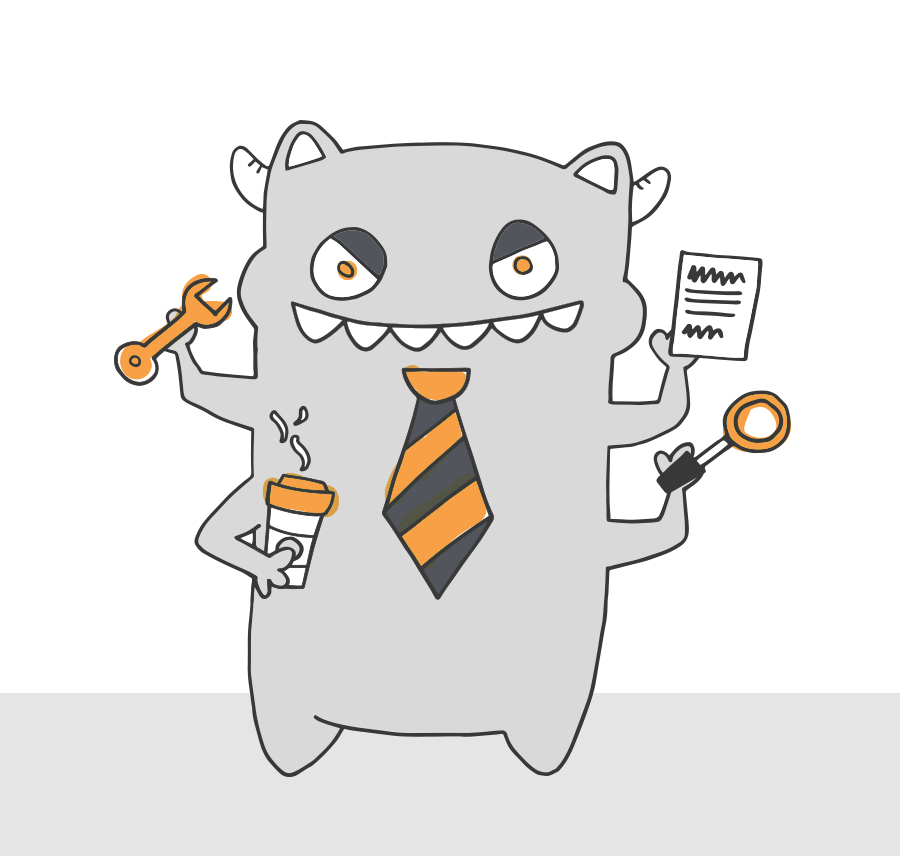 Naysayers can help drive productive meetings past that initial 'anything goes' stage. However it's also important that people aren't just looking to contradict each other. People need to do their homework upfront, and everyone should be open to critical feedback. One way to do this is to assign roles in the meeting. Before you start your meeting decide who will be the bad cop — that's the person who will always try to contradict the presented ideas, regardless of whether or not they like it.

For example, the designer on your team wants to change the entire UI design to be flat. While other people on the team agree or disagree, the bad cop asks why — and demands data to support this decision. Was a simple prototype of the flat design tested with existing customers? What's the competition doing? How does this redesign fit into the overall brand. Because it's the bad cop's job to question everything, it forces the team to justify their design and development decisions with data rather than whims.

We talked a lot about our approach to product design, including prototyping, brainstorming, and customer development. Tackling Feature Creep is hard work, so we've put together this handy guide to warding off its attacks: 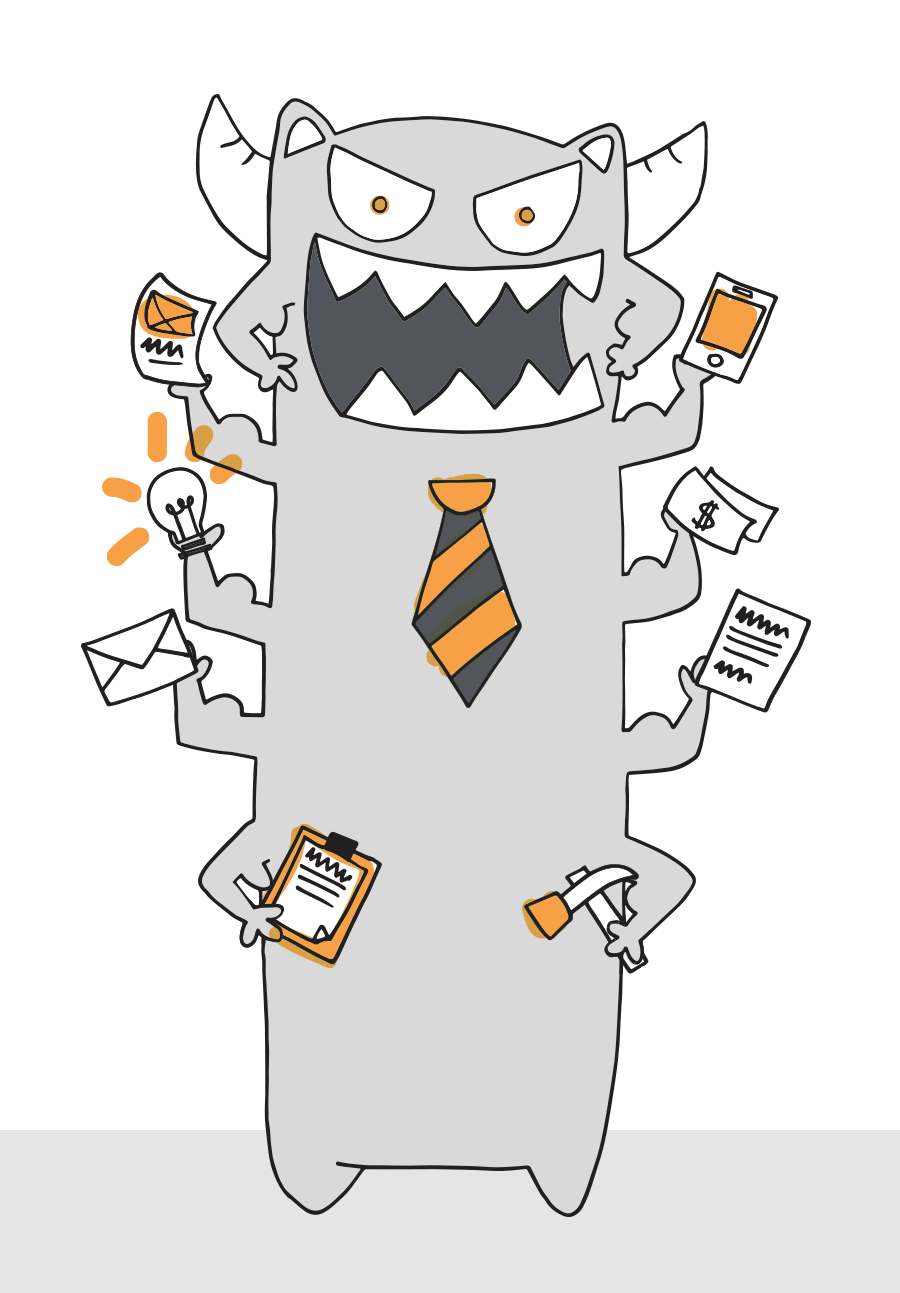 Don't tackle the Feature Creep on your own. Heroes know they need friends to overcome challenges, and product design is only slightly less harrowing of a feat than slaying dragons. Reach out to customers constantly and consistently.

If you're working on a new product, then finding potential customers will be more challenging. In this case, you'll want to tap into any existing relationships with people that match your target audience — these people can be co-workers, friends, family, anyone that you already have contact with that would be willing to test out a prototype and give feedback. This is where establishing relationships can be immensely helpful in the future. The next time you're at a conference or meetup, put your networking hat on and turn on that product designer charm!

If you're working on an existing product with customers, then you're already ahead of the game! Your customers will give you amazing insights into your product.

We're in the middle of an amazing customer development exercise with Notable right now. It's been around for four years, and we've built a sizable customer base during that time. Throughout our design process for the upcoming release, we've been getting feedback on everything from features to marketing material. We found this so helpful that we even included a feature in the new Notable that will allow you to store lists of your customers and assign them to projects. That way customers will be kept top-of-mind for designers, and they'll be encouraged to directly reach out for feedback during their design process.

Notable, our product design platform, is now in private release! Get access today!