Ringing in the New Year with Three New ZURBians 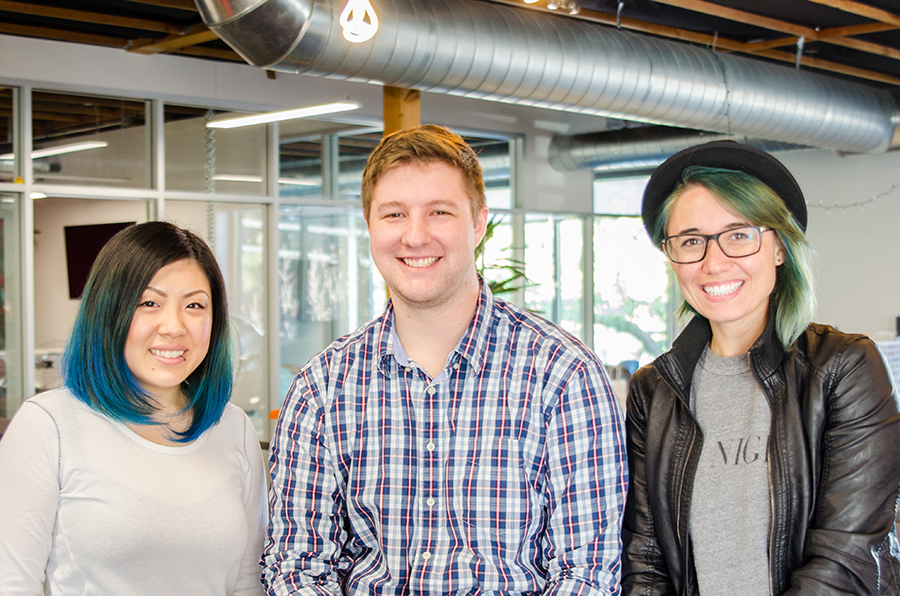 We're starting the new year with some new hires — actually three plus one who just moved in. The coming year will give these new ZURBians plenty of challenges, but we know they're smart, capable, and willing to take on 2015. So without further ado, let's meet Mandi, Shaina and Tim, our awesome new designers!

Mandi spent most of her early career growing a company with her mother literally from the ground up in Sacramento. In school she discovered that aesthetics weren't as fun as problem-solving —so she jumped from an Art Studio major to Design. That led to a Bachelor's degree in Design from UC Davis. The next step was obvious: She joined ZURB as a design intern. But that didn't satisfy her desire for experience.

To pay the bills (and feed her comic book habit), Mandi worked at Excel Interpreting, a language interpreting and translation company, creating marketing collateral. She also worked with developers to build a proprietary scheduling database. Her work there fueled her desire to solve real problems.

Inspired by our manifesto, Mandi came to ZURB to find her path in an industry that keeps changing. She now is a full fledged Zurbian — after only three months as an intern!

Shaina Silver: My Name is Shaina, But My Friends Call me Shane

Shaina claims to be a new designer, but you could say Shane earned a lot of experience already. 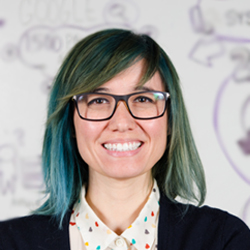 She studied communications in San Diego before traveling around the world to finish school in Singapore. Her time there exposed her to TV and media production as she worked on the school's weekly television news show. She then traveled to London to head up the Social Media Department for a fashion company at London Fashion Week.

Shane's background in journalism lead to a job writing obituaries — yes, obituaries — for the San Diego Union-Tribune. But it wasn't a long-term career move. "I quickly realized I was hungry" she said, not only for new opportunities, but because she was tired of being a starving journalist. So she decided to change to a more lucrative career.

During her job at Fandango/NBCUniversal as a front-end web developer, Shane strove for quality work on the company's website. They used Foundation, which is how she learned about ZURB.

She joined us as a Product Designer to make the internet a better place, and looks forward to collaborating with her fellow designers and learn from their experiences.

Growing up in Cincinnati, Tim was fascinated with art and visual design. His interest grew when the web took off, and he went on to graduate from Ball State University with a B.S. in Advertising and a Master's in Information Communication Sciences.

But before that, there was a pug. At least, there would have been, and it would have been awesome. Tim thought about driving across the nation with his (yet-to-be-bought) pug, taking photos of his "lovably awkward" pet they traveled, and having a great time taking a year off from college. His parents, however, said um … no.

As a graduate of Ball State, Tim's no stranger to ZURB. He was first introduced to our team through a fellow Ball State grad who was then a ZURB designer and, when he heard that a second friend had hired on as a ZURB designer, so he decided to pay us a visit. A free lunch didn't hurt either. Working here, he said he's finally found a place that encourages synthesis of the two into something that helps the world use and understand technology.

It's a craft-beer-loving, nicknamed, bug-hunting trio of talented designers. You can just feel the potential these three will bring in 2015. So let's give a warm welcome to our newest ZURBians!