Our New Angular Engineer Gives Us a Stronger Foundation

Often confused as a boy band runaway because of her gravity-defying hair and her tendency to belt out pop songs, our newest ZURBian's interests actually skew toward visiting aquariums and playing video games. So with that, please say hello to … 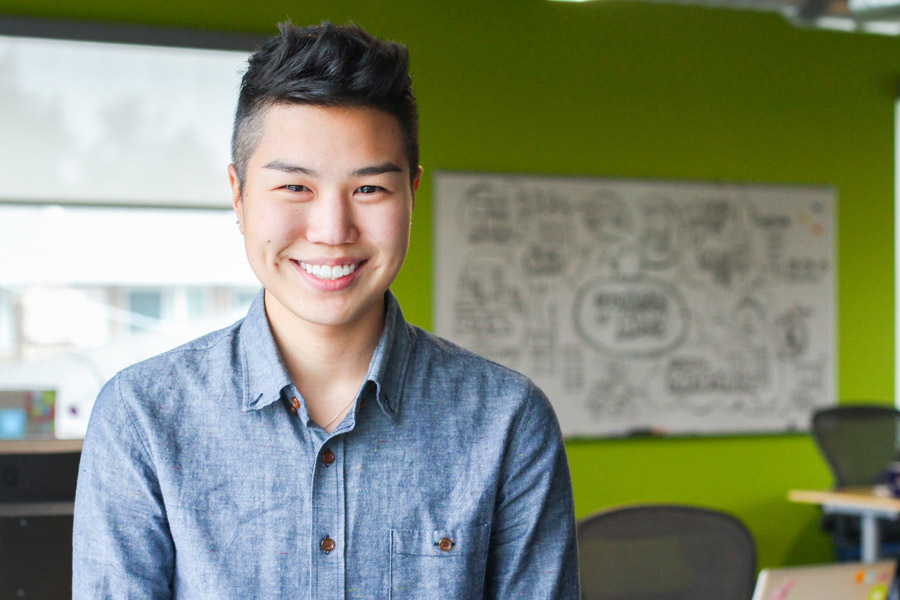 Jeanie hails from South Korea, but grew up in Chicago. She attended Washington University — the one in St. Louis, MO. After deciding that med school was not the life for her, Jeanie switched into engineering and earned a Bachelor's in Systems Engineering. Following her interest in the health sector's big picture, she became convinced that her goal was to save the world with engineering and public health.

Things took a turn when she applied her engineering smarts and took a job at Razorfish, her first foray into web design. But it was hard to ignore her passion for public health, so she took a position at Northwestern University in Chicago with the Center for Behavioral Intervention Technologies (CBITS). There she would build apps and websites for collaborators and researchers, who aimed to address health behavior issues through technology. Her supervisor at CBITS loved to experiment with new technologies and frameworks. Jeanie soon found herself hacking through Angular JS, and although it was tough to get started, she soon learned its many ins and outs.

When Jeanie rebuilt her personal website on Foundation and Angular, she began reverse-engineering our framework. That also prompted her to learn about ZURB. This led to a pretty great match where Jeanie can happily help us up our AngularJS game in Foundation for Apps alongside other ZURBians.

So everyone please welcome Jeanie, our newest engineer!