There is a time in every man's education when he arrives at the conviction that envy is ignorance; that imitation is suicide; that he must take himself for better, for worse, as his portion; that though the wide universe is full of good, no kernel of nourishing corn can come to him but through his toil bestowed on that plot of ground which is given to him to till.

That quote has always got me thinking about the difference between innovation and imitation. Take Steve Jobs, for instance. He has been both hailed as an innovator and crucified for being an imitator. Over the years, Jobs has been accused of stealing the mouse and personal computer from Xerox. But Jobs didn't steal what Xerox designed. He saw what opportunities they missed and built off of that, improving the concept. That's innovation, not imitation.

However, imitation remains a trap that product designers fall into. They're dead serious about being the next Facebook for "insert a hobby here." They can't break out of a certain way of thinking, as Brendan Boyle, partner at IDEO, points out in this video:

I was fortunate to start my career as a toy inventor and had the pleasure of working with Brendan. That video has some pretty funny moments and products. His point? Put more fun into the process of creating and building ideas. Look at problems from a completely different perspective.

Product designers in the digital world need to stop taking themselves so seriously — the next great idea isn't going to come from imitating Facebook. After all, Mark's Facebook site originally started as a college hook-up site. And if you find it easier to imitate rather than innovate, remember what Emerson said, "Imitation is suicide." 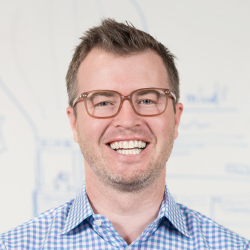