How to Get the Team Behind Your Product Idea 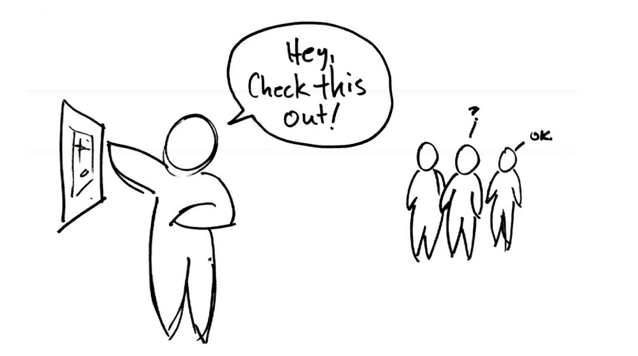 You have an idea for an awesome product, but your team isn't bought in. You need them behind you or else your idea will die a quick death. How do you turn the tide in your favor?

Over the years, we've had this very problem and learned some hard lessons from it. We learned that internal advocates, people who share your passion, can help rally the rest of the team behind your idea. To get those people, however, you have to engage them, build a relationship and show the value in your idea. Here are a couple of ways we ignite the passion of those who can be the vital pivot you need to get buy-in on your idea from everybody else.

Soliciting feedback as early as possible gets buy-in from the team, building momentum for your ideas. The key is to seek out those team members who can help visualize concepts and offer ways to improve your idea. This is something we do when developing our own products.

Take for instance the early stages of developing Verify. At the time, Verify had only been an idea, a concept. Rather than dictate a vision to the team, Bryan engaged individual members early on in the process. He would have short, five-minute conversations, soliciting individual members' opinions. Soon those sessions grew to 10, 20 minute conversations that outlined ideas and sketched out concepts. He'd go back and forth with individual teammates, showing the progression of the concept and how their feedback was incorporated. Then he'd asked for more.

Bryan, however, wasn't just soliciting the team's feedback on Verify. He was building a meaningful relationship between the idea and the team. Getting the team involved in bits and pieces got them to see firsthand the value of the idea, making them feel apart of the process, not just on the sidelines completing a task.

One way to showcase value in an idea is to build a crude prototype. People engage more with ideas when they're tangible, when they can touch and play with something. Take the ubiquitous Post-it note as an example.

Sure, we've all heard the story of Art Fry's "Aha moment" when he struck on the idea of marrying Spencer Silver's "weak adhesive" concept to a bookmark when his own mark fell out of a hymnbook. What's not really told as much is how Fry got the senior management at 3M to buy into the idea.

See no one really saw the use for the stick note. Everybody saw it as nothing more than expensive scraps of paper. That is until Fry and Spence made crude prototypes. At first, they distributed them to co-workers, asking for their feedback. But the marketing department still flat out told them it wouldn't sell. To turn the tide, Fry gave the prototypes to the senior management.

When management ran out, they asked for more. Management saw the value in the idea, and soon it was easy to push the idea past the marketing department.

Building a relationship with your team members and showing them the value in an idea can help transform them into passionate advocates. They'll actual make your idea happen, not because they have the skills to do so, but because they have a strong desire to see it succeed.