We had a blast at last Friday's soapbox with tech evangelist and blogger Robert Scoble, of Rackspace and Scobleizer. During his nearly 50 minute talk, Robert gave us insight into what he called the Freaky Line and how crossing that line is driving entrepreneurship. 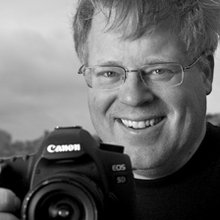 The Freaky Line is when something, like a locator app, sends a shiver down your spine and makes you say, 'man, that's freaky!' When it comes to the Freaky Line, Robert couldn't stop taking about Highlight, which goes way over the Freaky Line. That's because it's linked to your Facebook and lets you learn a lot about other people around you that are also on the app, whether you know them or not. Or as Robert put it:

But these locator apps know they are crossing the Freaky Line in collecting data on your whereabouts. And another app is already surpassing Highlight in going way over the freaky line. Robert recently ran into Sam Liang, founder of Placeme, which collects information about where you go without you having to do much of anything. It uses your phone sensors to collect information on just about anything and everything it can. Check out the video below and notice how Placeme blows past Highlight in crossing the Freaky Line:


As Robert would say, "that's freaky!" But apps like Highlight and Placeme may be the future, helping us plan our days better or keep our days on track. But crossing that line, for Robert, drives innovation and is what entrepreneurism is all about — getting people to do what they don't know they want to do.

It's like when check-in apps, like Gowalla and Foursquare, came on the scene. At first, nobody wanted to give away their location, but now it's like second nature to check-in. Giving away even more information on our whereabouts, what we exactly do when we're there may one day be like second nature.

To hear more about the Freaky Line, check out our podcast and summary of Robert Scoble's soapbox:

Check out the Podcast & Summary of Robert Scoble's Soapbox