Fire The M.B.A.s and Let Engineers Run the Show

To get the U.S. economy growing again we need to fire the M.B.A.s and let engineers run the show. 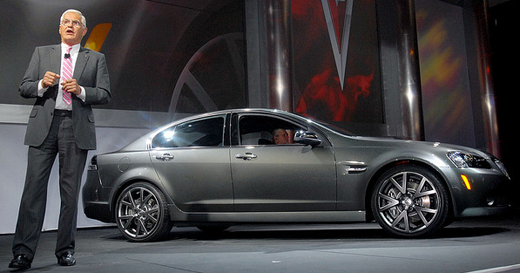 The above quote from former Vice Chairman of General Motors Bob Lutz's recent book Car Guys vs. Bean Counters: The Battle for the Soul of American Business caught our eye. His message which comes from a 47 year career observing and working in the auto business is certainly worth the attention it has recently gotten.

Lutz argues for the desperate need of doers instead of bean counters. Product driven managers, leaders, executives are the people that build successful and sustainable companies. Bean counters usually kill them. In the book, he reminisces about the glory days of the auto business in the 1960s, when it was led by design and technology driven executives. 1970s brought the vast takeover by gangs of MBAs. The executives who once developed from engineering started emerging from finance. Numerous poor decisions followed:

The results ranged from the sobering (managers signing off on inferior products because customers "had no choice") to the hilarious (Cadillac ashtrays that wouldn't open because of corporate mandates that they be designed to function at -40A'F).

Lutz points out a specific example of Silicon Valley—the one area of U.S. economy that is currently adding jobs and increasing productivity and wealth. The reason it is so successful, Lutz says, is that it is one of the largest concentrations of product and engineering focused execs. He goes on to point out the example of Apple loosing traction at the time M.B.A.s were in charge. Of course, as soon as the college dropout Steve Jobs came back to lead, the company had a miraculous come back. Lutz sums up the example nicely by saying: "Shoemakers should be run by shoe guys, and software firms by software guys."

The book outlines a number of examples from the auto industry where the bean counters run the technology companies they manage into the ground. The reason for this has to do with reactive decisions by the current executives in response to the pressure from the banking sector to achieve short-term quarterly numbers. In many cases these short term focused decisions force the best and highest paying engineers developing the next big technology to leave the company. Lutz does a great job of articulating his message in the book, there is a nice overview article about the book TIME magazine recently wrote up which is worth checking out.