Do You Wear a Watch? Probably Not.

The other day in the office the topic came up: does anyone wear a watch anymore to tell the time? A cursory glance around the office showed a lot of bare wrists and we thought, why not use Verify to poll online and find out? So we asked people: Do you check the time by wearing a watch, or checking your phone?

Watches, despite their relative scarcity, are actually a pretty bullish market. The watch market consistently and dependably grew from 2004 to 2008, when it suffered a hard crash along with the rest of the financial world. Mechanical watches especially have been growing quickly and account for roughly 3 in every 4 watches sold. The Swiss Watch Industry compiles a lot of great data on the market - expected, given what a large industry watchmaking is in Switzerland.

What this suggests is that watches are, in general, not on the way out. Our results, however, paint a slightly different pictures. 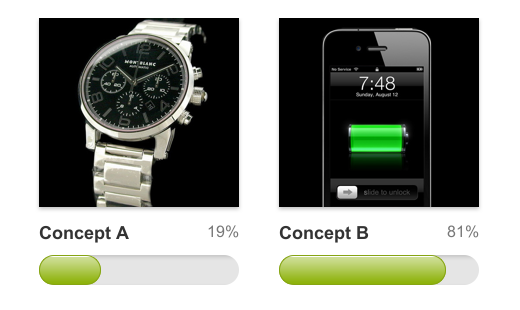 Overwhelmingly, respondents to our Verify test indicated they use their phone to tell the time — a margin of 4 to 1 in a sample of over 100 respondents. Their answers give some indications as to why:

Because it's not just another gimmick I have to wear all the time. It's always in my bag. Declutter, people.

It's classy, and it goes to the point. You're not distracted to check e-mails or play Angry Birds.

I find it hard to type with a watch on so I don't often wear a watch, and besides my iPhone is synced with the mother ship in Cupertino.

I always have on my watch, but as I have more than one phone line (including landlines) I don't always keep my cell phone handy.

The reasoning on both sides broke down into a few key points. In defense of watches:

...and in defense of phones:

There was not significant skew in the results in men vs. women - across the board phones are overwhelmingly more popular. Where there was an interesting shift was in two age ranges: 18 to 21, and 40 to 55. Both of those age groups were closer to a 60/40 split in favor of phones, indicating that with an older age group watches maintain some of their attraction; and that attraction may be being renewed in a younger generation.

These results are of course gleaned primarily from respondents on Twitter, so a strong technology bent is assumed. Within a test group of entirely investment bankers the numbers may be quite different, but with Verify we did learn that across men and women, watches are old news. Full disclosure though: I actually do wear a watch. Think watches are outmoded and dead? Still a proponent of what many are just calling functional jewelry? Sound off in the comments!