Create & Iterate, Before It's Just Too Late 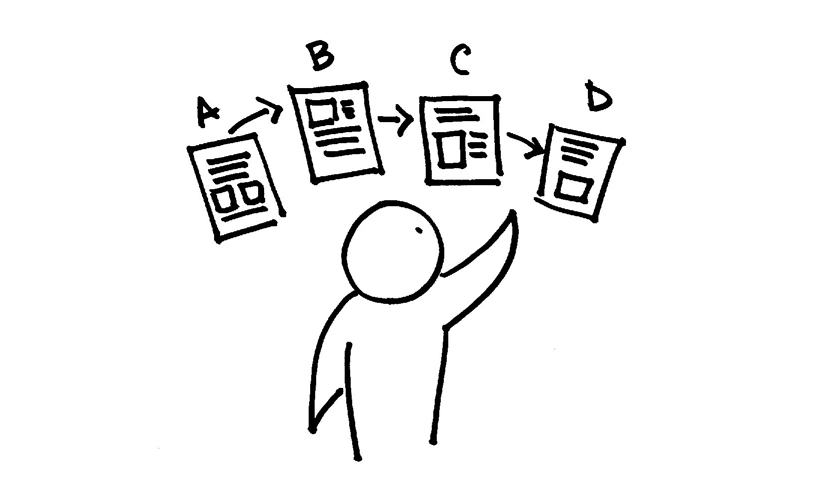 In his 2010 TED Talk on the Marshmallow Challenge, Tom Wujec said, 'Design is a contact sport.' He didn't mean that you are throwing the pigskin around the backyard and tackling each other, but that there is an iterative process, which involved prototyping and refinement.

When you think about it, it's not shocking that the kindergarteners' were easily able to be more successful than their counterparts that just graduated from business school. Why? Because, 'business students are trained to find the single right answer.' Smaller children on the other hand don't understand this concept, they just know they need to try things and get their ideas out there.

Being iterative is something that is innate in all of us, but we lose it. To be a successful product designer we need to approach things with the childlike approach of trial and error. Fail fast, so you can iterate on your ideas and win.

Think about it this way. 65% of companies tend to fail. One of the reasons is that businesses often wait too long to launch, not getting feedback and failing to iterate, iterate and iterate again until they get to a desired result. That's not to say that we should iterate for a prolonged period of time. We want to iterate rapidly and get to the best answer quickly. That's what we do here at ZURB, which we've found is faster and more effective than the corporate standard of working to perfect a design before validating anything at all.

With the corporate mentality, you get caught up at getting the right answer from the start. You forget how to try out new ideas and concepts so that you can quickly get to that answer. That's why iteration is important.

Take Notable, our first app, released three years ago. It was created to address as a means of helping companies work through various iterations. Notable allows for clear and direct feedback to be given on screenshots, which helps in getting to the next iteration of a design. And when it first launched, Notable wasn't quite where it is today.

When we launched Notable we included an SEO capture, but quickly canned it. Notable's SEO capture didn't fit in with the app that Notable was, at this point we realized something that in hindsight was obvious. Notable should be focused on visuals, and it was more important to make one really good feature that everyone would rather use than several features, of which only one was really used.

In other words, we iterated on Notable by implementing changes and seeing if they worked. We've iterated once again on Notable. This time so that you can easily keep track of your iterations, seeing where you've been and where you are currently with a project.

Post Iteration, Notable's newest feature, lets you add new versions of your designs directly to the post you are working on so you can implement your iterations quickly. Get feedback, and go ahead and make more changes. You can see what's come before and what's in front of you so that your team can see all the iterations at once. That helps in pushing projects faster to an end goal.

When it comes to iteration, using your products and getting feedback let's you see what needs to be done to it. Don't wait for all the pieces to come together like those business grads in the marshmallow challenge, it may just all come crumbling down.