Ashton Kutcher: Entrepreneurship Is About Solving Problems, Not Fame or Money

I see a lot of entrepreneurs come in, and jump from problem they are solving to who they are going to be and what they are going to get. They say 'I'm going to have a billion dollar company in years to come' and I have this red flag that goes up, I think to myself: this guy wants to be the next Mark Zuckerberg, next Pincus, next Steve Jobs. They are jumping to the effect, if you want to be an entrepreneur you want to be the cause, you have to be creator of somebody else's new reality.

The above quote is from Ahston Kutcher speaking at recent gathering of YCombinator's Startup School. Ashton spoke about the fact that many entrepreneurs start a company for all the wrong reasons: becoming rich, becoming famous, or becoming a role model. 'This has to stop' he says, 'Such entrepreneurs are not helping improve the world'. Here he is talking about this very issue (excuse the short ad Justin.tv stuck in there):

Carl was a problem solver his entire life. He did not come up with solutions to problems because he would be famous or rich, he solved them because he had to do it. Many people aspire to be great entrepreneurs, only a few succeed. The question to ask yourself when starting a company is: Can you see yourself solving problems such as the ones below again and again and again without much fame or money? Do you have the passion for it? If not — don't bother starting a company.

The examples below illustrate the types of problems Fisher solved throughout his lifetime starting from the time he was a teenager: 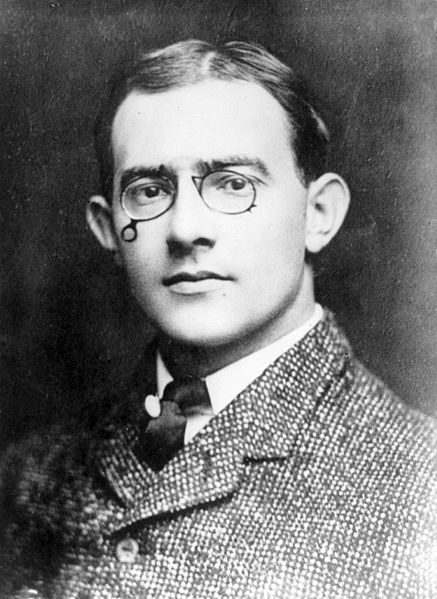 When Carl was just a young kid he had trouble with his vision, he dropped out of school and decided he would sell candy to businessmen on trains. Carl is not an ordinary salesman though. He decided to pin a picture of a naked lady to his t-shirt which was covered with another shirt and as he walked through the train he flashed the picture of the lady on his shirt at the businessmen. When the businessmen asked him to show the picture to them in detail he asked them to buy some candy before he showed it to them. He made tons of money doing this. This was his first business.

A little while after he saw that there is a boom in bicycles in Europe. He thought that bicycles are going to become huge in America. He decided to open up a bicycle shop. Nobody came to his store however. So he decided to get a rope, tie it between his building and the next building over and get a tight rope walker to walk the rope. He also got people to do tricks on his bicycles. His store became a huge success and once again he made a lot of money.

Auto industry was starting to boom around this time. Fisher loved driving cars, loved the speed and agility of the new automobile. He opened up the first ever auto dealership in United States. He made a lot of money. He still saw other problems he could solve.

Invention of the Headlight

As he was selling automobiles from his new car dealership he thought that people will eventually need to drive these cars at night. He decided to solve this problem and create a headlight for cars. He made hundreds of millions of dollars selling headlights.

He met and fell in love with his wife who begged him to stop inventing new things and settle down to have a family with her. He couldn't do it. He still saw problems he had to solve.

Fisher went to Indianapolis and thought that people are going want to race cars eventually. He decided to build a race track which is now known as the Indy 500. Others thought he lost his mind: 'Nobody is going to watch people drive around in circle' people told him. 6 people died during the first race Fisher had at Indy 500. It was a huge disaster. Fisher did not give up, he changed the surface of the track, improved a few other things and Indy 500 eventually started to grow.

Fisher's wife finally talked him into taking a break and going on a vacation. They decided to go to Florida. This was 1920s, Florida had a few resorts but was mostly covered with mosquito infested swamp land. One day Fisher saw a huge bridge under the construction. When he talked to the guy building the bridge he found out that the bridge was planned to run from the resort he was staying at to the swamp land on the other side.

Fisher decided that he should turn the swamp land into a giant resort area. He agreed to help build the bridge only if he can have the land on the other side. He sunk all of the money he had into building this new resort area. He was building what is currently known as Miami Beach. He built casinos, stores, houses and nobody came. He decided to get an elephant and build a parade through the streets of Miami Beach thinking this would draw people in. That did not work either.

He went to Congress and petitioned that a highway be built from north of Florida all the way down to Miami. The highway was built but Fisher still had no luck, nobody came to Miami Beach. Fisher decided to invite his old friend, the president of United States, Warren Harding to come down to Miami Beach and take pictures there. Finally people started to come one by one. Miami Beach became one of the biggest land bubbles in the history of United States.

Carl took his entire life savings and sunk them into building out the area of North Miami next. He lost all of his money in the stock market crash of 1929 shortly after. He started drinking, left his wife and moved into a trailer. A week before his death he was taken up on the hill overlooking Miami Beach to see everything he had built for the people in that area.

When Carl Fisher died he didn't have a dime to his name and nobody really knew his name but he gave tons to the people he left behind. He invented and built things because he had to solve a problem and improve the world, not because he wanted to become famous or rich. Most of us have used one of the products he has left behind for us.

Entrepreneurship is About Solving Problems

Entrepreneurship is not about who you can be or how big of a company you can build. It's about eliminating friction and pain, disrupting how things are done, and uncovering the potential of existing objects and technology. Uncovering what that swamp land could be one day. Carl Fisher was a true entrepreneur, our job is to be like him and solve problems for the sake of solving them, not for the sake of making money or becoming famous. Philip Rosedale, the founder of SecondLife, who spoke here a while back had a great quote:

If you have an idea and you know you won't earn a dime from it, but you have to pursue it anyway and solve the issue, then you're a true entrepreneur.