Another ZURBsoapbox This Month: Scaling Airbnb with Co-Founder Joe Gebbia

You read that right. We're having not one, but two ZURBsoapboxes this month. Early this week, we announced that former Pinterest designer Sahil Lavingia will get on his soapbox next Friday, Oct. 19.

Now we're as equally excited to have Airbnb Co-Founder and Chief Product Officer Joe Gebbia join us a week after Sahil, on Friday, Oct. 26.

From Living Room to Worldwide Service

Amazingly, in the few years since its founding, Airbnb has become a worldwide sensation, valued at more than $1 billion and having raised $220 million in funding. Anyone can rent a room, apartment or even a house anywhere in the world. Hard to believe that it all started in Joe's living room.

In 2007, Joe and his former classmate Brian Chesky had left their jobs to start a business. But they quickly found they weren't able to afford the rent on their San Francsico apartment. That's when a design convention blew into town. Every hotel in town was booked. So both men thought it'd be a great idea to toss down a few airbeds and rent them out. They'd even make a breakfast for their renters. Thus was born, Air Bed and Breakfast which would later be known as Airbnb.

Joe will get on his soapbox to tell us the challenges Airbnb faced in scaling over the years and how they managed to turn a wild idea into an international service.

But Which Soapbox is Which Again?

With two soapbox events back to back, it can get confusing as to which is which. Here's the breakdown for each event to help you out: 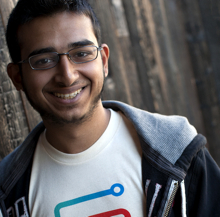 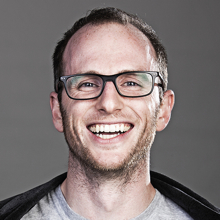 We look forward to seeing you at both Soapboxes!