This coming Friday you will have an opportunity to meet and learn from Alex Faaborg the principal designer behind Firefox! We'll have a catered lunch and some hang out time with the man after which we'll jump into the discussion. How cool is that? What more can you ask for? 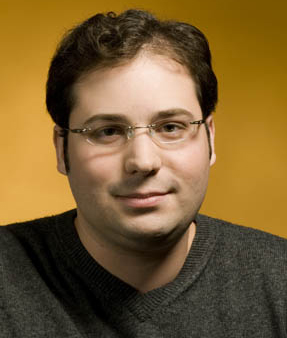 Every day Firefox is used by 120 million people as their window into the Web. The browser has a 25% market share, is the second most popular browser worldwide after Microsoft's Internet Explorer, and is the most used web browser independent of any one operating system.

What makes Firefox so remarkable is not its success but the way a distributed global community of contributors have organized to effectively compete with corporations like Microsoft, Apple and Google.

Ever wanted a chance to meet the principal designer behind your favorite browser?

Alex Faaborg focuses on the visual and interactive design of Firefox. He also contributes to Mozilla Labs, which explores the next stage in the evolution of the Web and its long term future. He has extensive experience in artificial intelligence, user interface design, and cognitive science and is a graduate of the MIT Media Laboratory.

RSVP for ZURBsoapbox on February 26th