How MeUndies Increased Mobile Conversion by 40% 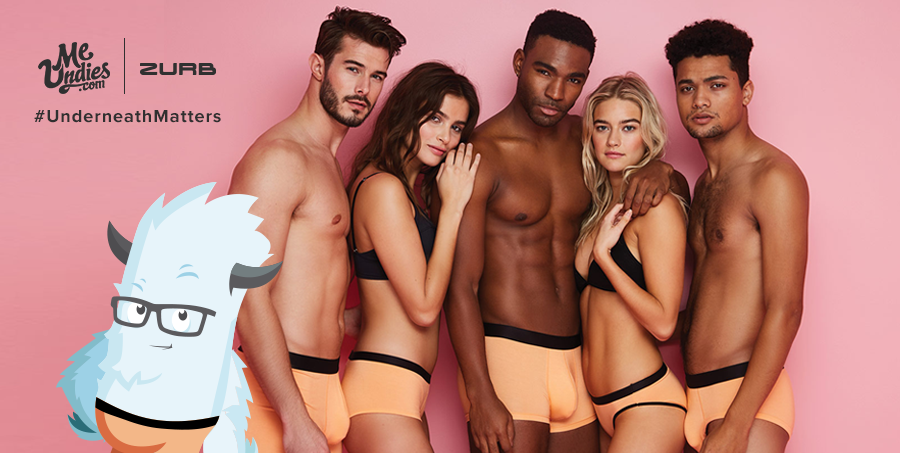 Did you know that most men own at least one pair of underwear that's over 7 years old? We didn't' and we sort of wish that realization stayed hidden from us, to be honest. MeUndies, a company leading the movement in underwear innovation by providing comfortable everyday basics and a transparent shopping experience, gave us this fact. They recently started using Foundation on their site in an effort to boost their mobile sales, which constitutes most of their traffic and we wanted to share their story.

After 7 years, it was time for MeUndies to change their site's underwear, which is to say their code. See, the MeUndies site was beginning to boom on mobile, but they were losing sales by not optimizing the experience and ease of use for those mobile users. The team began to put their heads together and started exploring solutions.

What's underneath matters, something MeUndies knows all too well, so they chose Foundation as the basis for their new responsive website. With the decision clearly made, the MeUndies team put on their freshest pairs of undies for coding and got to work. Since they're a small start-up team of 2-3 people coding, they needed to be able to work quickly and effectively. It was an ambitious project, involving rebuilding their entire website, but Foundation made it easy for them to work at lightning speed. Within just 3 months they were able to build a beautifully responsive site with some especially slick interactions on mobile. 'How did this help them?' you may ask. Well, after they put a new, fresh pair of Foundation-woven underwear on their site to make it responsive, they saw a 40% increase in their mobile conversion! Now their mobile traffic is 60% of their sales. Just like on any third date, underwear was the closer.

According to MeUndies, Foundation is the best underwear they could have put on their site. What makes Foundation such a good pair though? Check out the case study to see how the MeUndies team cleverly swapped out a non-responsive grid for Foundation's and how they configured Foundation's components to do their bidding.

Check out the case study

If you're site is in need of a refresh, we encourage you to check out Foundation- don't wait seven years to change out your underwear or your site's code! Hey and guess what? MeUndies was so happy with Foundation they wanted to give back to you, the community, by giving what they know best: undies!

We're partnering with MeUndies to give one lucky winner a pair of underwear for each month of the year - that's 12 pairs! All you need to do to enter is sign up for our email newsletter and you're entered in to win. Not only will you be entered into the giveaway, but you'll also stay up to date with all the latest updates and news from us and on Foundation. That way, you can get the freshest code possible on your site, to always keep it fresh, clean, and sexy. So, open up those drawers (or terminals), throw out your old underwear and get a fresh new pair now!