ZURB's been pretty busy lately, releasing Bounce and ramping up the private release of our next app, Verify. Not to mention all the awesome soapboxes we've hosted over the last few months. But what you don't know is that the team has also been busy ramping up our two newest ZURBians and our most recent design intern. 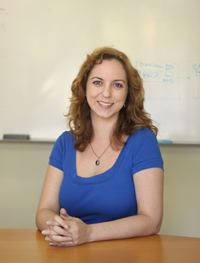 As former video game tester, she's got all her nerd credentials in line.

Coming in as ZURB's first-ever Customer Service Advocate, Elizabeth has her work cut out for her. It's a good thing she has over a decade of experience helping people solve problems.

Elizabeth is originally from Maine and recently moved back to the Bay Area with her husband. And while she occasionally feels like her brain is leaking out of her ears, it's been a good couple weeks for her so far.

"When I walk into ZURB every morning I know that I'm expected to be skilled, motivated, and capable of accomplishing extraordinary things—and they have no doubt that I can do it. It's a good feeling." 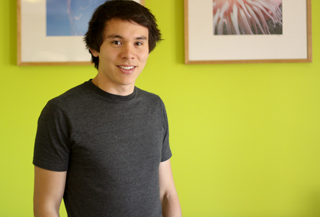 You all may remember Dave from January when he started his first internship with us.

After 6 months of interning and a lot of great work, Dave's finally starting his first week as a full-fledged ZURBian.We're stoked to have his unstoppable energy on the team full-time.

"ZURB is awesome in so many ways, but for me it all boils down to the people. You know you're working at the right place when you come into the office tired from a long a weekend, and leave with sore abs and a smile because you laughed so hard, but still crushed all your projects." 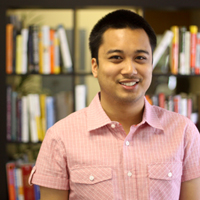 Anthony Tadina has joined the ranks until August as ZURB's latest intern. He's a self-starter from Fremont who thrives on good design (and good food).

He'll be working alongside our team on a variety of projects—and is even working on some changes to the Notable site. We've mentioned it before, but it bears repeating that ZURB internships ain't no job shadow. They're the real thing.

He was drawn in when he found out about our annual ZURBwired marathon and is here now to learn from ZURB's 13 years of interaction design experience.

"The most challenging part of ZURB is getting right down to business. Every single ZURBian told me I'd get thrown in the deep end (which I was!), but after a couple of weeks, I'm still keeping afloat and loving every minute of it!"

Interested in joining the ZURB team? Think you've got what it takes to be ZURB's next intern? We're always looking for talented, T-shaped people who can help us build great things.

To get a hold of us, just shoot us an email and tell us what your top three skills are and why you want to work at ZURB.