Success Is In The Details

Van Halen is an American rock sensation and the 19th best-selling band of all time, selling over 56 million albums in the U.S. Many people argue that the key to the band's success was not just their talent, but also their attention to detail. John Marshall talked about the famous M&M story during his soapbox. 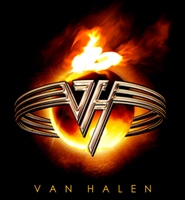 As Van Halen expanded their schedule to include smaller and more intimate venues, additional safety measures were needed that smaller, inexperienced, venues couldn't fulfill. To predict if all the instructions in the contract were followed, the band inserted a new clause into the multi page agreement: a provision that requested a bowl of M&M's to be available backstage upon arrival, but that all the brown candies be removed.

We'd pull up with nine eighteen-wheeler trucks, full of gear, where the standard was three trucks, max. And there were many, many technical errors; whether it was the girders couldn't support the weight, or the flooring would sink in, or the doors weren't big enough to move the gear through. So, when I would walk backstage, if I saw a brown M&M in that bowl . . . well, line-check the entire production. They didn't read the contract. Guaranteed you'd run into a problem. Sometimes it would threaten to just destroy the whole show. Something like, literally, life-threatening.

The moral of the story, pay attention to the details, they'll help you identify early warning signs of a bigger problem. Don't just take Van Halen's word for it; FastCompany shows a few more examples where details help notify you of a problem: