Steve Jobs and Xerox: The Truth About Innovation

A few people have emailed me recently, bringing up the Steve Jobs and Xerox story and saying that he stole the mouse and personal computer from Xerox. A few others mentioned that he was the lone genius who invented most of hardware technology on his own. Neither are correct; the truth is that he innovated. He took a technology discovered before him and improved it. That's how innovation works. Let's delve into the details of how Jobs did this.

Jobs Strikes A Deal With Xerox 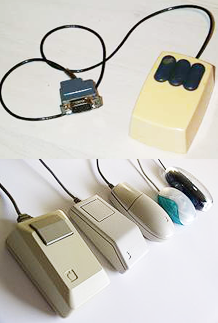 Above: original Xerox mouse. Below: evolution of the Apple mouse.

Malcom Gladwell published a great article in New Yorker outlining the famous story of the Xerox mouse and personal computer. The story begins in 1979 when the 24 year old Steve Jobs made a deal with Xerox:

Apple was already one of the hottest tech firms in the country. Everyone in the Valley wanted a piece of it. So Jobs proposed a deal: he would allow Xerox to buy a hundred thousand shares of his company for a million dollars'its highly anticipated I.P.O. was just a year away'if PARC would 'open its kimono.'

A lot of haggling ensued based on what he was allowed to see and what was to be kept in secret from him. Many at Xerox thought this was a completely ludicrous deal. In the end, Xerox went ahead with it. Jobs was given a couple of tours at the end of which he ended up standing in front of the Xerox Alto, PARC's personal computer:

An engineer named Larry Tesler conducted the demonstration. He moved the cursor across the screen with the aid of a "mouse." Directing a conventional computer, in those days, meant typing in a command on the keyboard. Tesler just clicked on one of the icons on the screen. He opened and closed "windows," deftly moving from one task to another. He wrote on an elegant word-processing program, and exchanged e-mails with other people at PARC, on the world's first Ethernet network. Jobs had come with one of his software engineers, Bill Atkinson, and Atkinson moved in as close as he could, his nose almost touching the screen.

Jobs got a 'little bit' excited watching this presentation. He could not believe that Xerox wasn't doing much with this technology:

Jobs was pacing around the room, acting up the whole time," Tesler recalled. "He was very excited. Then, when he began seeing the things I could do onscreen, he watched for about a minute and started jumping around the room, shouting, 'Why aren't you doing anything with this? This is the greatest thing. This is revolutionary!'

The Xerox Alto went on sale in 1981. It was slow and underpowered. Soon after, Xerox withdrew from the personal computer market all together. Steve Jobs, meanwhile, went back to Apple and demanded that his team, which was working on the next generation of personal computer, change their thinking. He wanted menus, he wanted windows, he wanted a mouse!

If Xerox had known what it had and had taken advantage of its real opportunities," Jobs said, years later, "it could have been as big as I.B.M. plus Microsoft plus Xerox combined'and the largest high-technology company in the world.

Jobs' Design Spec for the Mouse

When Jobs came back to Apple from his visit to PARC, he met with Dean Hovey, the founder of the firm that would eventually become IDEO.

Jobs went to Xerox PARC on a Wednesday or a Thursday, and I saw him on the Friday afternoon," Hovey recalled. "I had a series of ideas that I wanted to bounce off him, and I barely got two words out of my mouth when he said, 'No, no, no, you've got to do a mouse.' I was, like, 'What's a mouse?' I didn't have a clue.

The following is probably the most important part of this entire blog post, read this closely. Here are the instructions Jobs gave Hovey. This is what innovation sounds like:

So he explains it, and he says, 'You know, [the Xerox mouse] is a mouse that cost three hundred dollars to build and it breaks within two weeks. Here's your design spec: Our mouse needs to be manufacturable for less than fifteen bucks. It needs to not fail for a couple of years, and I want to be able to use it on Formica and my bluejeans.

Right after the meeting Hovey went to Walgreens and bought all the underarm deodorants that he could find because they had a ball in them. He also bought a butter dish. This was the beginning of the Apple mouse.

Jobs Didn't Steal The Mouse or The GUI from Xerox

In the legend of Xerox PARC people say that Jobs ultimately stole the personal computer from Xerox. Yet if we look closer at the instructions Jobs gave Hovey, he did not want to reproduce what he saw at the PARC that day:

'You know, there were disputes around the number of buttons'three buttons, two buttons, one-button mouse' Hovey went on. 'The mouse at Xerox had three buttons. But we came around to the fact that learning to mouse is a feat in and of itself, and to make it as simple as possible, with just one button, was pretty important.'

'Engelbart dreamed up the idea of moving the cursor around the screen with a stand-alone mechanical "animal" back in the mid- nineteen-sixties. His mouse was a bulky, rectangular affair, with what looked like steel roller-skate wheels. If you lined up Engelbart's mouse, Xerox's mouse, and Apple's mouse, you would not see the serial reproduction of an object. You would see the evolution of a concept.

Did Jobs steal the idea of Xerox's Graphic User Interface? Not exactly. There is clear difference between the two products:

'Xerox PARC's innovation had been to replace the traditional computer command line with onscreen icons. But when you clicked on an icon you got a pop-up menu: this was the intermediary between the user's intention and the computer's response. Jobs's software team took the graphical interface a giant step further. It emphasized "direct manipulation." If you wanted to make a window bigger, you just pulled on its corner and made it bigger; if you wanted to move a window across the screen, you just grabbed it and moved it.

Which takes us back to our post from last week: The Next Big Thing Has Already Been Discovered. Steve Jobs did not steal much from Xerox. The visit to the PARC that day inspired him to improve what has already been discovered. This is how innovation works. You can do the same. Look around, get inspired, innovate.