Nearly a year after his death, Steve Jobs is still making covers and headlines. It seems like everywhere you go, Jobs is still very much on the minds of those in Silicon Valley. He's the cover story of this month's Wired magazine. In the article, writer Ben Austen brings up a very excellent and interesting idea — does Jobs deserve to be the patron of saint of entrepreneurs or is he merely a devil in disguise? 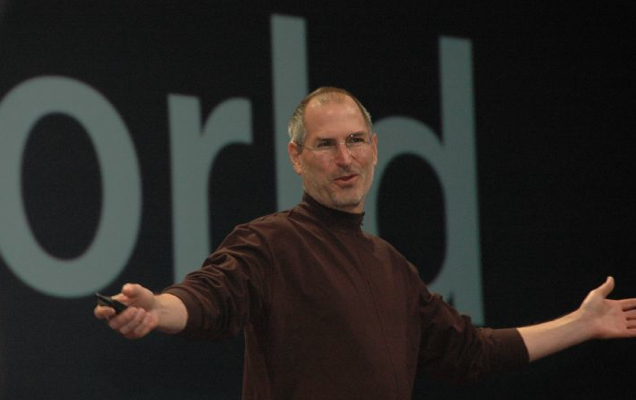 Let's face it, Jobs can be a very polarizing figure. You either love him or you hate him. Ben breaks it down like this: you're either a Jobs acolyte or a Jobs rejector.

Jobs acolytes are entrepreneurs who try to emulate Jobs completely, taking on his aggressive personality to push their vision forward and challenge their employees in the same way Jobs did. The likes of Aaron Levie, founder of Box, consider themselves among this benedictine order of Jobs. Or as Ben puts it:

They're giving themselves over to the thrill of being a general — and, at times, a dictator. Work was already the center of their lives, but Jobs' story has made them resolve to double down on that choice.

On the other side of the coin is the rejectionist, the entrepreneur who rejects Jobs, his philosophy. The rejector also chastises Jobs for his tyrannical treatment of his employees, like the time he chewed several MobileMe employees a new one and fired the project's manager, or his taking credit for work others underneath him actually did. As Ben puts it:

These are entrepreneurs who, on reading about Jobs since his death, have recoiled from the total picture of the man — not just his treatment of employees but the dictatorial, uncompromising way that he approached life.

Former acolytes, like Stackoverflow's co-founder Jeff Atwood, have had a change of heart after reading the Walter Isaacson's biography of Jobs, writes Ben.

Not All or Nothing

Ben has a few examples of what separates an acolyte from a rejector. Let's take a look at one of our own — Xerox. The acolyte doesn't have a problem that Jobs took what Xerox had done with its computer and mouse, making it better. The rejector believes that Jobs was a theft in the night, swiping the idea from Xerox. We've written on Jobs and Xerox before, saying the what Jobs had done was true innovation, seeing what Xerox had missed and improving on it.

Does that make us an acolyte? Not necessarily. There are many things about Jobs that we love, that's why we write about him so much and used to pass around a Steve Jobs doll during our morning scrums. He has inspired us to build better and greater products. We firmly believe in asking ourselves, as Jobs did everyday in the mirror, "If today was the last day of my life, would I still want to be doing this?" We push ourselves into doing better and greater each day, inspired by Jobs's drive to make amazing products for people.

But you shouldn't have to be all or nothing when it comes to Jobs, as a friend pointed out the other day. Around ZURB, we don't take on some of Jobs's negative traits, berating each other when something doesn't work out and throwing temper tantrums. There are many great things about the man, just as there are as many bad things. After all, Jobs was human, as hard as that is to believe sometimes.

Pick those things about the man that inspires you and toss out the things that don't work or that you don't like. All that to say, you don't have to be completely like Steve Jobs or be nothing like him at all. Be the entrepreneur you want to be, and if there are things about Jobs that you do like, try to integrate that into who you are, not the opposite.

What do you think? Is Jobs a saint or a devil?