We've been catching up on our case studies over the last couple weeks. Here is a case study from a recent client, Britney Spears. Go Britney! 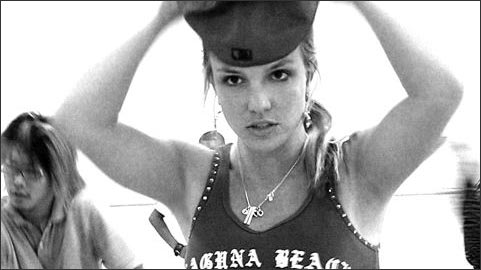 When the world's number one pop princess needed a new website to coincide with the upcoming release of her new single--a mere 8 weeks away--Britney Spears' team turned to ZURB.

Britney's team was emphatic about getting the site completed before the album was released. The ZURB team understood the time constraints, realizing how important it was to be able to visualize the site immediately, focusing everyone's efforts and attention on the quick wins that could be achieved throughout the process. We also understood that what we created should not be 'just another "artist" site'--it needed to reflect the energy and star power that Britney Spears uniquely brings.

With a project as fast and furious as this one, you've got to have someone inside the client's organization who can tell you 'yes' or 'no', if you are going to keep things moving and meet the deadline. So, prior to accepting the project, ZURB made sure that we would have access to the folks who could make decisions--and make them quickly.

Once we confirmed this direct connection to the top, we had several group work sessions with the entire team (including both Britney's management and members of Team ZURB) to share information and ideas on how to create 'something different' for Britney.

By relying on our early surveys and interviews and keeping the entire team focused on achieving a specific set of goals, we were able to quickly drive the decision-making process forward. After delivering multiple designs, we were able to work with Britney's team to refine several potential visual options down to one. 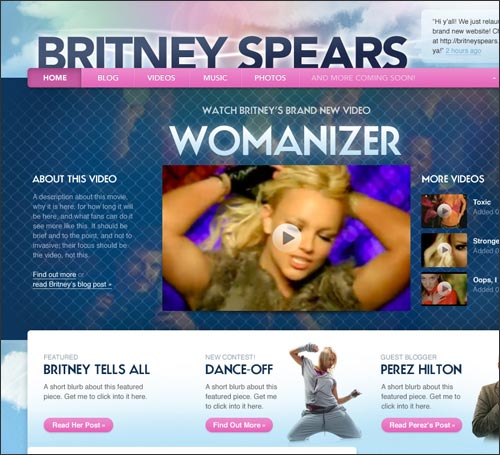 We decided on a cool and simple Britney aesthetic that complimented her personality and stood out among a sea of other artists' web sites. We also employed a set of XHTML/CSS style guides to help manage the site and make future additions and updates easy to seamlessly integrate. ZURB was able to create a user experience that encouraged repeat participation-giving visitors a reason to return again and again.

Britney's team was happy over the results--the site was completed on time, and positioned Britney's brand to stand out within the music world. "I think I've visited the new britneyspears.com more times since its relaunch than I visited it during any of its previous incarnations...I find myself reading the posts, watching the videos, and checking out the photo galleries," said Lauren LeGarde a long time Britney fan. "Good job, Team ZURB! Eveyone who worked on this deserves a bonus!"

Lauren wasn't the only one that took notice--in the first 24 hours, the revamped site received more than 1 million visitors. And the site's message boards were lit up with posts as Britney's fans clamored to connect with her--and each other.