Tavern began with this goal: challenge our fellow designers to define the broader, fuzzier concepts or product design. We'd do this by debating a single question a day, exchanging ideas on what it means to be a product designer. A question that had to be asked and answered in the ticking clock of 24 hours. More than a 100 days later and after some 5,000 contributions, our comrades in design ran with the challenge.

Some articulate and outstanding designers, such as Ren Walker, Bryce Howiston, and Antonin Januska, are questioning and challenge ideas, which is the core of being a product designer. And that's exactly what Tavern is about. The community is shaping up to be the place, as well as the structured environment, that is giving extreme focus on aspects of product design that aren't always easy to articulate, for everyone building product — from designers to managers to marketers.

A Product Design Question a Day 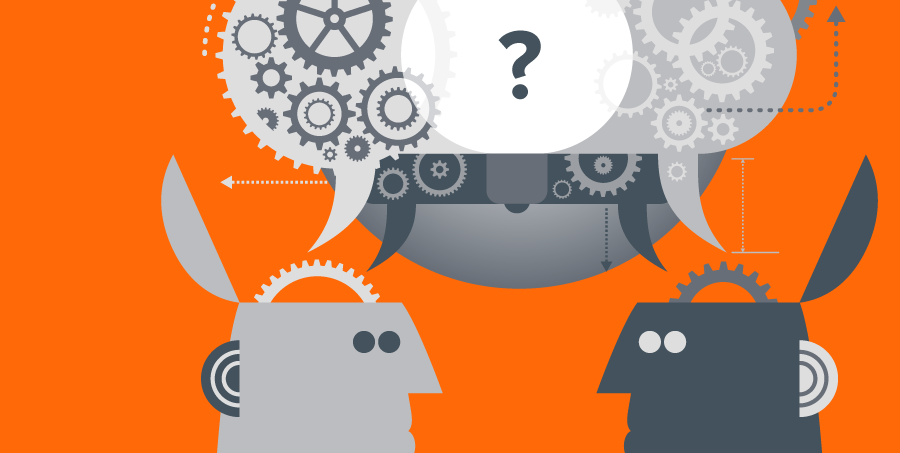 Of all the folks we've let into Tavern, not all are designers. There are folks who are involved in every aspect of building product. There are CTOs, design managers, creative directors, engineers, developers, CEOs, marketers, and business developers. With all those folks, centering Tavern around a single product design question a day allowed us to focus ourselves — and the community — around an answer we could frame.

The new format has provided an arena for some truly thought-provoking answers that go beyond the rah-rah comments typically found on portfolio sharing sites. Not that there's anything wrong with those sites, but they can't easily showcase the way you think about the design problems.

The frame of one question in 24 hours has given us and others a space to quickly give insight into how they thought about design in shorter bursts. There have been specific questions to more abstract ideas, such "Is Design Art?" and we've tried to balance with specific, technical questions, such as:

What is your preferred CMS?

Tavern-goer Jan wanted to know what CMS people preferred to work with and why. We had 66 answers and comments. Some preferred WordPress while others took the stance that it was project dependent. But what we learned the most is that everyone has a preference that's almost like why some people prefer Coke to Pepsi.

Do tools like Macaw, Reflow, Webflow have a place in a designer's tool kit?

Another Jan on Tavern (yep, there are two of them!) asked about whether his fellow Tavern-goers used those specific tools in their workflow. Some thought they did. Others not so much, finding that they weren't an adequate replacement for Photoshop.

And a few of our broader questions:

What's in a title, a job by any other name. Kidding aside, one of our most prolific Tavern-goers Ren asked folks to tell her their job title and whether it accurately covered what they actually did. It was one of our most popular questions with 154 answers and comments! But the biggest takeaway — there wasn't one job title to rule them all!

How do you overcome your fear of asking questions and looking like you're inexperienced?

Rhia wanted some advice on how to ask questions without looking like a n00b. Alicia had the top answer that day with the advice: "The discomfort of asking a question can last a few seconds. The discomfort of not knowing the answer can last a lifetime."

There's been a deluge of submitted questions with over a month queue in the backlog, all of them generated by the community, which is shaping up to be much much more than just a group of folks answering design questions.

Tavern isn't just about answering a question. It's also about showcasing what you know. Because, let's face it, we all like to show off just a little. However, it's much deeper than that. Through their answers, designers are giving proof that they know what they are talking about. And they can get validation of their ideas from the community.

Each person has a single point total based on the upvotes of contributors. Designers in Tavern are building or reinforcing their reputation as experts in their given field, through writing and debating. Right now, profiles are private as we work to build the site. However, we intend to help designers establish their know-how among their peers. 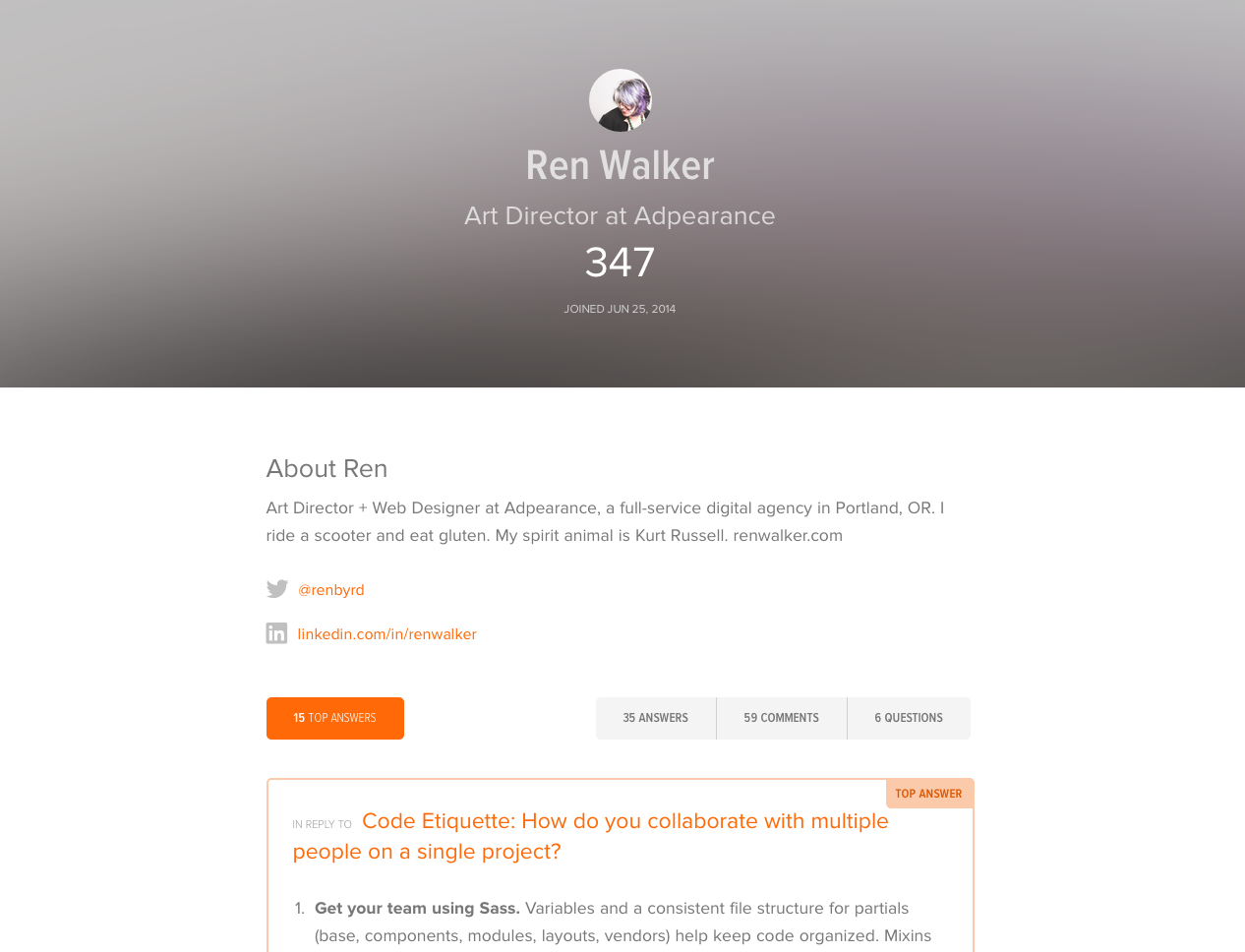 From more than 16 years of practice, we've found that it's not enough to talk about ideas and concepts. You have to commit to writing them down. Tavern is the place where designers can practice that. And many of them are already doing just that.

Bryce had the top answer not to long ago on our question on whether design requires a degree. Here's what he had to say:

Does a design degree equal ability to do a job? I'd say that's a resounding no! We've all meet people with degrees in various things who aren't fit to be hired.

Bryce added that he thought there is value to getting a degree, and listed in detail his reasons for thinking so.

Laura, one of our prolific Tavern-goers, had a very good response to a question on handling public criticism on open-source projects. While her answer wasn't voted the top answer that day, what she had to say was really valuable:

No matter the openness of the project, one should always embrace critique because a fresh set of eyes helps identify issues (most of the times). As people we always believe our input is the best, most insightful and utterly helpful to the recipient ... but as feedback-givers we should also know how to phrase that critique to say exactly what we want to say without being a bully.

Building the Future of Tavern 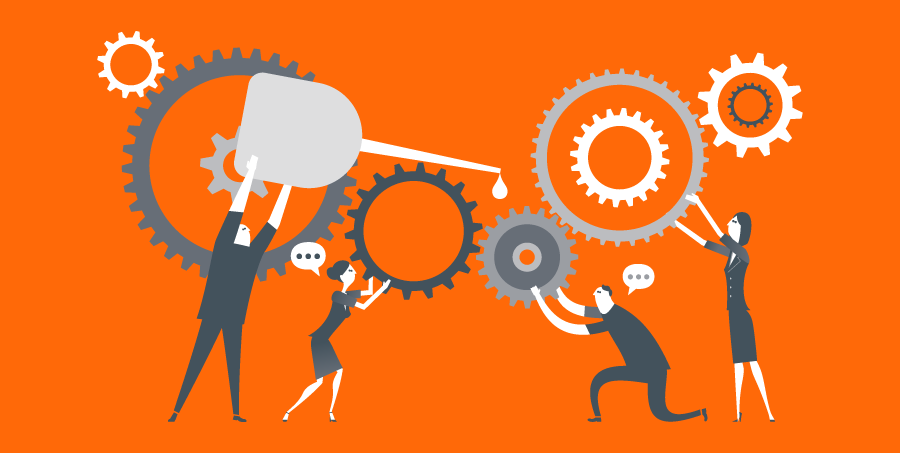 We're innovating as we go and that's exciting! And we're learning a lot about what makes a great arena for designers to debate.

We're learning more about the types of questions that apply to people. Broader questions covering the life of being a designer are crowd-pleasers and send engagement through the roof. Specific questions ask how you do your job tend to get fewer answers, but the depth of the questions are some of the best we've seen online. Eventually this will be an incredible resource for people who are learning product design as we add search.

There have been insights in how people engage with the question of the day. Mondays are big days for contributions as people come off the weekend. If there's a seemingly good answer, or a "right" one, others feel that there isn't anything left to say. So they sit back and lurk, or merely comment on someone's answer. However, product design rarely afford the best answer right off the bat and some ideas are fuzzier than others. And questions can be hard for some to answer. We had a question on what would make designers leave a job and one person said he didn't want to answer because their co-workers might catch a glimpse of his answer.

We're taking these lessons as we continue to work with designers in Tavern to grow the concept. Our goal is to give product designers a voice in the direction of the site. We've brainstormed a lot internally on the next features and common elements, including making Tavern more searchable. We've also considered how to bring more depth to the discussion without having to increase the overall commitment each day.

We're letting designers into Tavern each week. If you're interested in sharing your experience and learning from others, request an invitation to join Tavern!